Hungry for more Hunger Games? Win your own copy here! 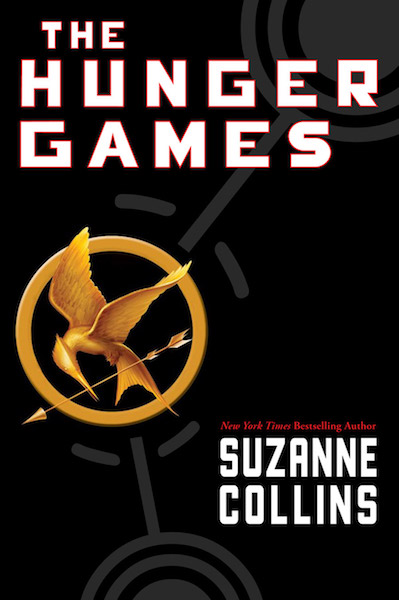 If you haven't seen the Hunger Games movies, we don't know what rock you're living under. But if you've *only* seen the movie versions of The Hunger Games, it's time to crack open a book—because Suzanne Collins's original novel is way better than anything you've seen on screen.

Full of just as much adventure, excitement and intrigue, Scholastic's The Hunger Games tells a richer story about Katniss's life, The Capitol and District 12. Though we loved how the story was adapted to the screen—getting to see all the gamemakers at work was beyond awesome—there's nothing quite like being in Katniss's head, playing the game right alongside her.

With its first-person narrative, The Hunger Games lets the reader share Katniss's story—see her fear, her quick-thinking, her strategy and her love up close and personal—in an entirely new way. Once you pick up a copy (win your own below!), you won't be able to put it down. After all, these are three scenes you *need* to read.

The Bread Scene
Remember that heart-breaking moment in the films when Peeta tosses some extra burned bread Katniss's way...and then has to face the wrath of his mom? In the book, you'll appreciate exactly how high the stakes were for Katniss and her family—and exactly how much a little bread can mean.

The Meadow Scene
Amandla Stenberg made us fall in love with Rue, but feeling the depth of Katniss's care for her is something else entirely. There's not much else we can say here—we're already tearing up just thinking about it. Seriously, you'll sob.

The Mutt Scene
We practically jumped out of our seats at the first sight of the mutts in theaters. But somehow, these creatures are even creepier in the novel. If you thought that The Capitol and the gamemakers couldn't get any more evil, trust us—you're wrong.

Convinced yet? Here's one more thing that might do the trick: You can win your very own copy of The Hunger Games for *free.* All you have to do is enter for your chance to nab a copy.

100 lucky readers will get their own book—but with a book this beloved, these copies will go quick. Click below to enter as many times as you want between now and July 30 at 11:59 p.m. EST.

Psst: One more thing. Share *your* favorite book scene in the comments!