Get caught this summer with your nose in a fabulous book! Add a twist to your hammock-lounging days. Zest up your beach bummin’ fun. Join us with “Get Caught Reading”—the nationwide campaign, supported by the Association of American Publishers, reminding everyone how fun it is to read!

To send your friends a Get Caught Reading E-Card CLICK HERE!

Don’t know which sizzlin’ summer page-turner is right for you? We’ve compiled a list of our favorite new must-reads to get you started. 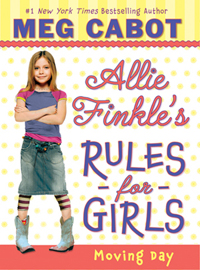 When 9-year-old Allie Finkle finds out she’s moving, she is convinced her life is over! She must leave behind her pink room, precious geode collection and best friend. But with the help of Allie’s own unique set of rules, she handles it all in a hilarious and spunky way. 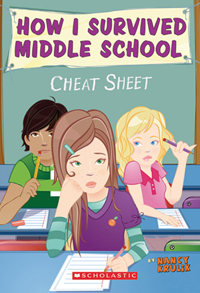 Joyce Kilmer Middle School has two finalists in the annual statewide test challenge—and they’re both Jenny’s friends! But one finalist isn’t known for finishing at the top of the class, and The Pops figure someone cheated. Could it be true? Is one of Jenny’s friends a cheater? 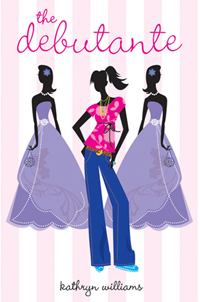 The Debutante
By Kathryn Williams
Hyperion Books for Teens

Meet Annie MacRae, a true-blue Connecticut Yankee who is about to learn the finer points of southern living when her family moves…to Alabama. From curtsying to perfecting her manners, Annie is in for a real education as she faces the ultimate challenge…becoming a debutante! 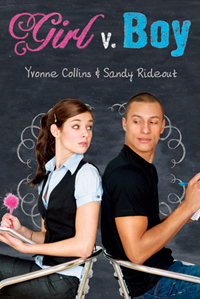 All’s fair in love, war and high school journalism.  When 15-year-old Luisa Perez takes on a fellow male classmate in her first big newspaper assignment, an epic battle of the sexes ensues.  No one is safe when these two high-school students go to war! 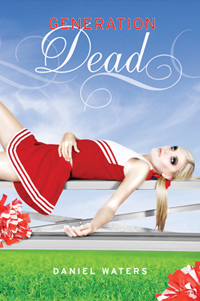 At Oakville High, the hottest new kids are the ones that just came back from the dead.  And when a real live girl, Phoebe Kendall, falls for Tommy Williams, the leader of the dead kids, it sets in motion a chain of events that no one will ever forget.

Go on the road with Aly & AJ as they take the country by storm with their Rock ‘n’ Roll Mysteries tour! The superstar acting and singing sister duo have a knack for running into trouble – and then solving it! Each book in this brand new series features a different stop on their world tour and an exciting new mystery.

The first stop is New York City, where the equipment for the new Girls Rock Academy has been stolen just before their big debut at Madison Square Garden. Will Aly & AJ be able to solve the case of the missing guitars in time?

For their next sizzling concert performance Aly & AJ are in Miami, where a hot new fashion designer has asked them to model clothes for the Miami Rocks! benefit fashion show. But will the show be ruined when someone cuts the lights on the catwalk? 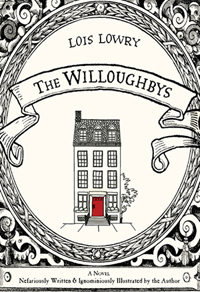 If you like Lemony Snicket, you’ll love the unusual story of the four orphaned Willoughby children. One wicked act sets off a series of bizarre events involving an abandoned baby, a hateful nanny, a candy tycoon and his long lost son. Will the Willoughbys find a happy ending?
And do they deserve one? 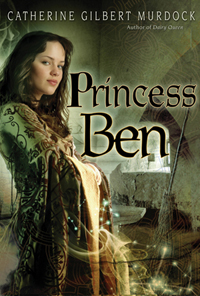 Benevolence is not your typical princess—and Princess Ben is certainly not your typical fairy tale! Locked in a castle tower, Ben discovers an enchanted room where she begins to learn some magic that just might help her save herself and her kingdom—and discover her true love along the way. 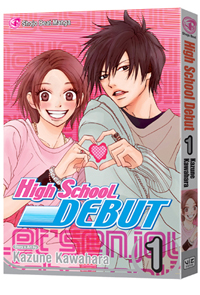 Back in junior high, Haruna Nagashima was only interested in two things: softball and manga. Now that she’s starting high school, Haruna’s focus has changed—she wants to snag a boyfriend and have the romance of her dreams!  Volumes 1-3 available now. 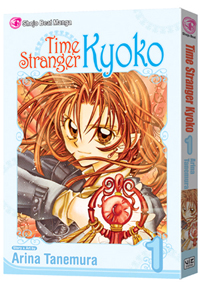 Kyoko Suomi is the princess of Earth in the 30th century. Kyoko lives among the commoners, unwilling to reveal her true identity and ascend the throne. The king will allow Kyoko to live as she pleases if she can revive her twin sister Ui, who has been trapped in time since birth.  In stores July 1. 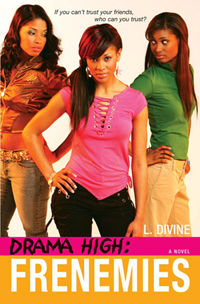 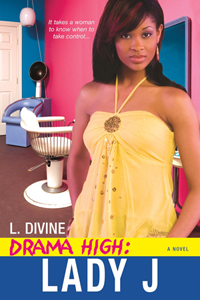 The fifth book in Dafina’s hugely popular new series targeted toward African-American teens follows bold, beautiful Jayd’s adventures as she takes her destiny into her own hands… 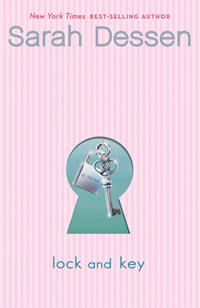 Ruby knows the game is up. For the past few months, she’s been on her own knowing that her mother will probably never return. That’s how she comes to live with Cora, the sister she hasn’t seen in 10 years, and Cora’s husband, Jamie. It’s a dream come true. So why is Ruby such a reluctant Cinderella? 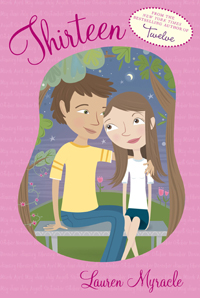 Winnie Perry is a teenager---at last! And it’s a really big deal. A ginormous deal, which, wouldn’t you know it, brings ginormous problems along with it. BIG changes are in the air.

Bestselling author Lauren Myracle concludes her enormously popular trilogy about a winning young heroine whose humor, daring, and compassion for others is infectious and unforgettable.

ENTER TO WIN! You can get your hot little hands on all of these fabulous titles, and more, with our June Beach Books Giveaway! We’re doling out a different read for every day in June.

GRAND PRIZE: One daredevil will catch a trip for four to HERSHEYPARK®. To enter CLICK HERE!

BONUS:  One runner up wins the makings for her very own summer book club, featuring 10 signed copies of Lock and Key (Penguin Young Readers Group) plus a personal phone call from the author, Sarah Dessen.