8 foreign TV shows and movies you *have* to watch

Looking for a bingeworthy new Netflix show or a fabulous film for your next movie night? If so, broaden your horizons by checking out the titles in the foreign film and show categories. There are *so* many  amazing TV shows and movies that often get passed over because they are not in English, so we've rounded up eight foregign shows and films you need to add to your watch list this weekend. Bonus: you might end up picking up some new vocab words!

This Mexican mystery thriller follows the story of Alex Guzman, a young man who was framed for his sister Sara's murder after she died on vacation eighteen years ago. After being released from prison, Alex is determined to prove his innocence—but is shocked to find out that everyone is a suspect.

Love Alarm is a Korean romance drama that follows the story of high school student Jo-Jo. Jo-Jo lives in a society where everyone uses the mobile app "Love Alarm" to notify users when someone who loves them is within a 10-meter radius.

A virus carried by rain wipes out almost the entire human population on Earth. In The Rain, siblings Simone and Rasmus must travel through post-apocalyptic Denmark and Sweden searching for their father—and a cure.

Caught By a Wave (Italian)

Caught By a Wave is an Italian film known for its brilliant portrayal of young love. What starts as a simple summer fling in Italy soon turns into a dramatic and heartwrenching love story between main characters Sara and Lorenzo. What comes next for the lovebirds? You'll have to watch it to find out...

Are you missing Bridgerton? If so, you *have* to check out French period drama Lady J. This film, which is set in France before 1789, follows the story of a beautiful widow named Madame de La Pommeraye and her plot for revenge against the Marquis des Arcis.

Romance is a Bonus Book (Korean)

In Romance is a Bonus Book, successful author Eun-ho and his childhood friend Dani-i tackle life together as adults. Over the course of the series, the two characters slowly start to realize their true feelings for each other—but not without a fair amount of drama first, of course.

Based on the novel by Fredrick Backman, A Man Called Ove follows a seemingly bitter old man named Ove. Although Ove may put forth a cranky exterior, he is secretly just looking for someone to tell his stories to. This movie is a must-watch for those who love heartwarming, sweet films.

Looking for more foreign content? Check out these international bands and singers you need on your radar. 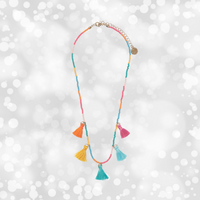 Need a last-min gift idea? May we present this prettiness from Calico Sun. Enter to win here!