The 7 shows we’re most excited to watch on Disney+ 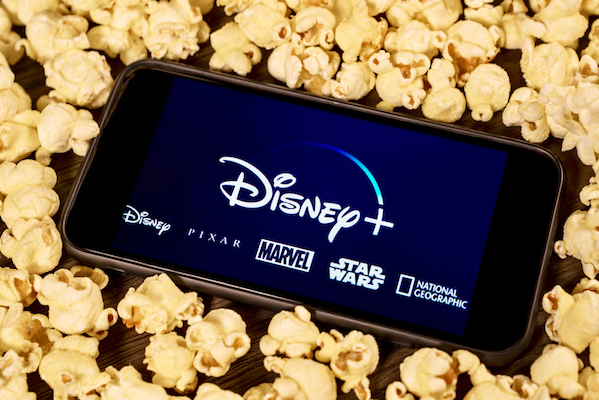 Disney+ is now live—pass the popcorn! The full list of what's available is awesomely long, and while it's packed with tried-and-true faves, it's the new series that have us super pumped. Here are seven shows you'll have to binge-watch with your besties...

Grew up idolizing Lizzie McGuire? Same! Hilary Duff will reprise her role in the new reboot, which follows Lizzie in her thirties as she navigates life in New York City. We're sure she'll figure it out her own way!

Finally! Hearts that were once broken when they couldn't follow Troy and Gabriella to college are now mending. We are getting a whole new crew of Wildcats, a love triangle and a whole lot of show biz! The best part? The show has already been renewed for season two!

Diary of a Female President

Told from the lens of a 12-year-old Cuban American's diary, we will get to see Elena on her journey to becoming President of the United States of America. Tess Romero plays the younger Elena, while Gina Rodriguez is the older, already president, version. We don't think it's possible to have any more #girlpower in this show!

Hope is alive in Encore! as adults go back to their high schools to reenact their old musicals while reconnecting with old friends, reminiscing about old times, and sharing powerful advice and learned lessons.

Toy Story 4's Forky returns to bring us more laughs and answers to some of life's weirdest questions. Ever wonder what, exactly, cheese is? Forky's your guy!

This series will welcome viewers into Disney's Animal Kingdom and Epcot's Sea Base Aquarium, where experts work to care for and protect hundreds of species, some of which are endangered. If you love animals, it's a must-watch.

Taking place six months after where the original movie leaves off, we'll meet a Monstropolis mechanic named Tylor Tushmon who dreams of working with Mike and Sulley on the Laugh Factory floor.

Which Disney+ original show are you most excited for? Comment below!

What summer activity do you love?