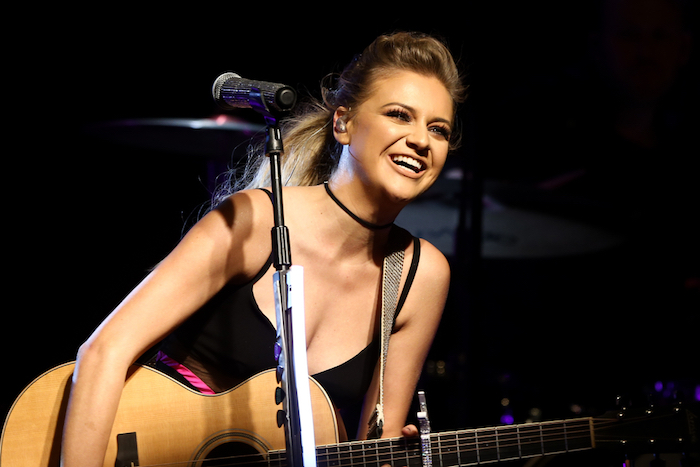 I have a confession to make: I've never considered myself a fan of country music. I'm pop-rock girl through and through (*love* me some 5 Seconds of Summer!), so you can imagine my surprise when, last year, I stumbled upon Kelsea Ballerini's music and fell in love it.

I'm *definitely* not the only one who's diggin' what she's doing, though. The pop-country singer was nominated for Best New Artist at the Grammy Awards this year (her first-ever nom), she just won Best New Country Artist at the iHeartRadio Music Awards and is nominated for four Radio Disney Music Awards this year, a show she'll actually co-host next month alongside Sofia Carson, Alex Aiono, Jordan Fisher and Jenna Ortega.

I caught Kelsea opening up for Thomas Rhett on his Home Team tour (another confession: it was my first country concert!) and I fell even *more* in love with this girl's music after seeing her live show. Here are five reasons why you need to see her, too.

She's got pipes for days
No matter the genre, you've gotta have the pipes to back up your fab lyrics. Kelsea has both and completely proved it when she belted out the punchy "XO," the haunting "Sirens" and even fan-favorite "Roses."

She's a risk taker
These days, the genre lines are so blurred that artists have the freedom to make—or just play—whatever pleases them. Kelsea proved that even though she's a country girl at heart, she's not afraid to step outside that by acoustically covering "Closer" ft. Halsey by The Chainsmokers (she recently spilled that she wants to collab with them on her next record and I am totally here for it). She worked "Let It Go" by James Bay, "Sorry" by Justin Bieber and "Apologize" by One Republic into her set, too!

She's not *just* country
She's pop, too! One listen to Kelsea will have you reminiscing on the days you spent in your bedroom listening to Taylor Swift's Fearless and dancing around in front of your mirror (and by "the days" I mean, like, yesterday... 😆)

She's stylish as anything
I would be remiss if I didn't take a moment to mention the amazing studded and sparkly boots (peep 'em here!) that Kelsea rocked on stage during the show. Can I haz, plz?

She's gonna be huge in no time
She's touring with Thomas Rhett right now and this summer she'll hop on the road with equally-amazing trio Lady Antebellum. When she strikes up her next headlining tour, you'll definitely want to be able to say you knew her when.

Check *here* for when and where you can see Kelsea in concert.

What's your favorite Kelsea Ballerini song? Do you like going to concerts? Sound off in the comments!

Like this? You'll love these...
+All the Beauty and the Beast swag you didn't know you needed
+Happy National Potato Chip Day! Celebrate with these five delicious recipes
+Starbucks is doing what?! Plus, 3 healthier recipes for your fave drinks 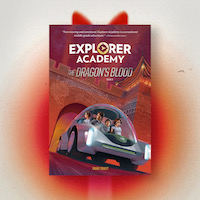