Is One Direction's summer tour really worth it? 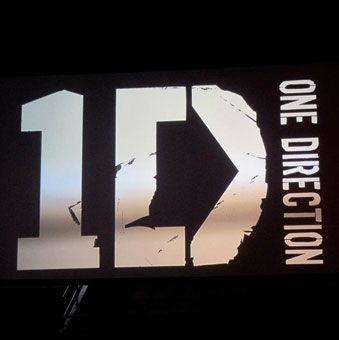 British-Irish boy band One Direction kicked off their first-ever headlining US tour this week and, girls, it looks like we’re in for one H-O-T summer. Are you one of the lucky ones to have scored tix?

Eager to find out if these hotties live up to the hype in real life, we got a chance to catch Liam, Louis, Niall, Harry and Zayn at their sold-out show in Fairfax, VA this past Thursday. The verdict? They. So. Are. And then some. Kind of a no brainer, we know. Read on for more highlights from the show.

While some will get a chance to catch fellow Brit Olly Murs on the road with 1D, we were lucky enough to start our One Direction party with two hip chicks: Camryn and Manika. Both equally stylish, they lit up the stage—and arena—with fist-pumping beats and some pretty slick moves.

…and a beach party…

Be still, our hearts. The first thing we saw in One Direction’s set, though? A video of the boys…on the beach. Swoon! We seriously felt as if we were living up the best summer of our lives (and didn’t even have to go anywhere!).

…and an autumn and winter fest…

But it doesn’t stop there! Giving the cuties a chance to change “costumes” throughout the show, we were greeted with even more seasonal videos and backdrops: The guys chilling in school in autumn and hitting the slopes in winter (yes, there’s real snowfall!).

…with a dinner party finish

While we’re a bit puzzled as to why no “spring” was thrown into the mix, our favorite setting of the night was, hands down, the very end when the boys pop out in their finest suits and ties, singing to each of us as if we’re the only ones in the room.

Unlike other boy band concerts with choreographed dance moves and jazzy sets, the boys don’t need much hoopla other than their equally-talented band to put on a great show. While we did catch Harry doing a li’l ballet move during one of the songs, it’s their powerful voices (and delish accents!) that can keep a crowd stuck in the moment. And not only did they treat us to the biggest tracks off their Up All Night album (we’re still gaga for “One Thing”), there were a few covers from artists like The Black Eyed Peas and Natalie Imbruglia thrown there, too.

And even if you’re stuck in the highest of nosebleeds in the house, these guys have a knack for making everyone feel special. They even took a breather from the singing to highlight some of their favorite fan Tweets from the crowd (and, yes, you’ll get on camera if you’re one of the lucky ones!).

So get ready to stay up all night, babes! The hotties from across the pond are just as cute, just as charmingly hilarious and just as talented in the flesh. And if you weren’t a fan before, we have a hunch you’ll definitely be changing your stance after seeing them on tour. Want a chance to score tix to one of One Direction’s upcoming US shows? CLICK HERE!

Catch One Direction’s performance of “Up All Night” below…

Catch One Direction’s performance of “Everything About You” below…

Are you heading to a 1D show this summer? What’s your favorite 1D song? Blog about it, babes.

» Get all the latest One Direction gossip

» Spring playlists from your favorite stars

POSTED IN concert, One Direction, watch this