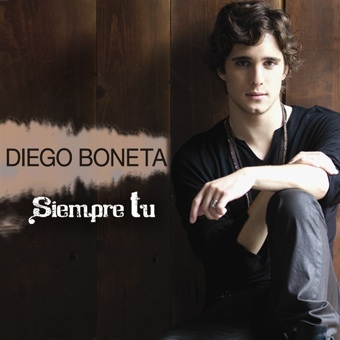 With Cinco de Mayo tomorrow (yep, it’s May 5), we got to thinking about how we’re going to celebrate and get in the mood. This holiday is all abut Mexican pride, but people everywhere have begun to celebrate. So to get in the festive spirit, we’ve decided to round up a list of songs by our fave Hispanic singers.

Blast these and get the fiesta started, girlies!

You may know him from acting in 90210 and Pretty Little Liars, but this hot Mexican (who’s hitting the big screen in Rock of Ages this June) also has one sweet and amazing voice!

No matter how old Ricky gets, he is still going to be super good-looking and an awesome singer. This song was one of his best singles, and sure to put ya in a happy mood.

His voice is smooth and sincere, and he can go from soft, simple songs to upbeat, pop jams. This is definitely a dance number.

If there’s one person who should be singing about hips, it’s definitely Shakira. She can move her body like it’s nobody’s business, and you can’t help but get up and start shaking your own to this song.

“If You Had My Love” - Jennifer Lopez

This was J.Lo’s first single and her career has only skyrocketed since then. She is sassy and fiery and brings all of that into her music.

Pop music is her forte and she knows it. This song ended up winning a Billboard Latin Music Award. If that doesn’t show Kat knows what she is doing when it comes to her music, then nothing does!

The rapper has collaborated with an impressive list of other artists, but this jam has got to be one of our faves. Turn your living room into a dance club with its catchy beat.

We love her as Mrs. Lopez on Glee, but love the songs from this popstar even more. One of her more recent tunes, this fast-paced song will instantly make you want to move, whether you have rhythm or not.

What are your plans for Cinco de Mayo? Which song will you be playing most? Blog about it, babes.

» Get all the latest One Direction gossip

» Spring playlists from your favorite stars