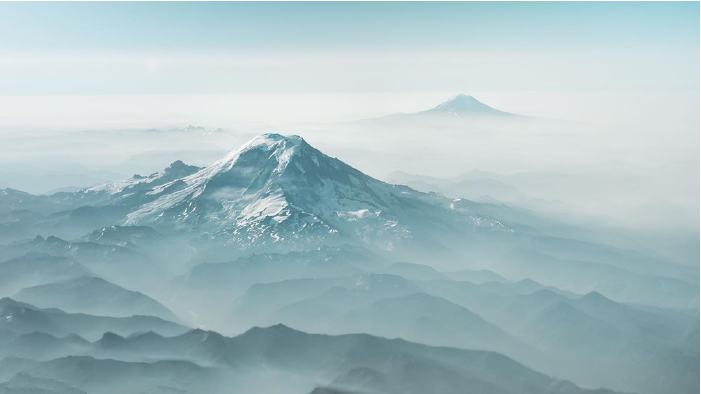 The 2020 election will be the most important election of our lives when it comes to the future of our planet.

On September 19, 2020, a clock was unveiled in Times Square, counting down years, days, hours, minutes and seconds. Dubbed the "Climate Clock", it was a visual representation of how long humans have before global warming effects become irreversible. On the day it was revealed, at 3:20 pm, the clock only had a little over 7 years before the timer would be finished, most of which will fall in the scope of the next president's leadership.

It's important that everyone is educated about how each party views climate change and environmental issue. Even if you aren't 18 and can't vote yet, you can still inform others, and even preregister to vote.

Climate change and its seriousness has been a major source of debate and policy during the 2020 election, with President Donald Trump calling climate change a "hoax", and Democratic presidental nominee Joe Biden amping up his climate change policies as the primaries and campaigning continued.

During President Trump’s time in office, he pulled out of many notable climate change agreements, including the Waters of the United States rule, which removed clean water protections. Clean water isn't just important to drink, it also is important to our country's wildlife and bodies of water. The removal allows for polluters to dump substances that could be harmful to humans or the environment into streams and wetlands, which could lead to a damaged Earth. The Trump Administration has also rolled back programs on many environmental services, such as the protection of endangered species.

When Trump read climate change reports, he said that he “doesn’t believe [the reports]”. This report, and it's findings about how climate change would hurt the American economy, was compiled with the help of scientists and agencies that belong to the government. In addition, Trump is skepic that climate change started the 2020 California wildfires. Trump even went so far as to state that he “doesn’t think science knows” if the wildfires were caused or impacted by climate change, a statement that has been heavily criticized by scientists. In addition to this he believes that poor forest management is the primary cause of forest fires, which is esstentially a critique of the (Democratic) governor of California's ability to govern. Having a president that doesn't believe in climate change could be a dangerous thing. Shown by the Climate Clock, the next 4 years are especially critical when it comes to the future of our planet and us, the people who live on it.

Trump has also pulled the United States out of the Paris Agreement, which is a agreement that over 200 nations have taken part in, in which they pledge to work to cut down greenhouse emissions, which is basically any pollution that contributes to the "greenhouse effect", a.k.a. trapping the sun's rays and heat close to the Earth. His removal of the U.S. is especially important because the U.S. is a global superpower, and the Paris Agreement needs the support of as many large superpower countries as it can.

On Biden's side, his website outlines a plan where the U.S. will achieve "100% clean energy economy and reaches net-zero emissions no later than 2050”, which would mean making a long-lasting investment into our climate through energy sources that are not greenhouse gases. In addition, Biden also plans to fully end the use of fossil fuels as electricity by 2035. Biden also promised to invest 2 trillion into a green jobs program to strengthen renewable energy in America, and replace jobs in fossil fuel industries. However, he has not released plans to remove fracking, or the act of using pressure to release natural gas from the Earth. Fracking is a highly criticized process, as it can pollute water and threaten wildlife. However, Biden has made it clear that he would not allow new fracking. Biden also promised to re-join the Paris Agreement if elected.

To sum up his position, Biden has gone on record saying that "Climate change is a challenge that’s going to define our American future," and that his website states that "stop countries from cheating by using America’s economic leverage and power of example."

No matter what candidate you or your family will be voting for this November, thinking about the future of our planet should always be on the forefront of our minds. There's a lot to think about with the 2020 election, but don't get discouraged, we *know* you've be able to persevere, and come out of the other end more educated.