Is Selena the new queen bee?

Looks like Selena Gomez can add even more to her Wizards of Waverly Place resume. According to reports cutie Selena recently revealed that a major TV movie of the show is in the works!


And there’s talk of actually filming the flick in the big NYC, where the show is supposed to take place. As for the overall plot, she says, “I think it would have to be that our secret is about to be exposed." 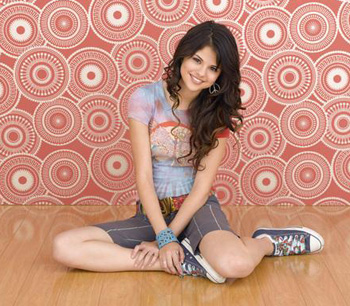 
In the meantime, Selena is still hard at work on the series’ second season. And while her dreams of it hitting the big screen one day might come true, there’s another wish she’s hoping will magically be granted: her crush, Shia LaBeouf, would guest star. "You'd think that as much as I promote it (Shia would be guest starring). I'm, like, begging, but it's not happening. I know I'm a nerd! Please, Shia, come on my show!" she says.

How cute! So what do you think? Would you head to the theaters do see a Wizards movie? Let us know!