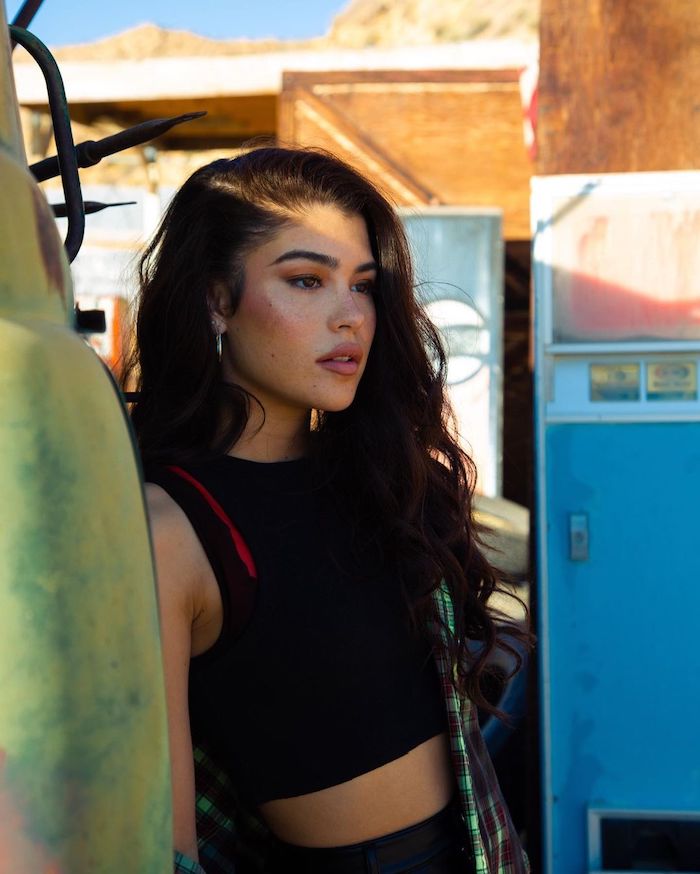 With the release of her brand-new music, Dylan Conrique is, well, anything but bitter. The 16-year-old rising music star got her start as Kayla on Brat TV's Chicken Girls and, since then, has been writing, creating and performing (as her millions of social media followers watch along).

Dylan opened up to Girls' Life all about the aesthetic behind "Bitter," her EP Baby Blue, her tightest friendships and what's next for the showstopping teen.

First, listen to "Bitter" (it's the country-pop bop you need in your life rn):

On recording "Bitter" and the music video:

"When I first heard the song, I wasn't sure how I felt about it. It was definitely edgier, older. I'd just turned sixteen at the time, and I've grown so much between then and when it released. I got to tweak some of the words and change up some of the verses, which was cool. For the music video, we had a rustic vibe, ATVs-in-the-desert kinda thing. I finally got to ride an ATV and that was so fun. The director did the best job and I'm absolutely in love with this song."

On getting in her feels:

"I wrote the whole Baby Blue EP, like, two years ago. So when I did release it, my feelings were a little bit changed, like the way I felt about that person I was writing the song for, it wasn't there anymore. It was difficult at times, like, I wasn't sure if I wanted to release it. I think when I put Baby Blue out, it was hard at points to come back to those feelings."

On who inspires her sound:

"I grew up on a farm, listening to country music and pop. So I was in love with Selena Gomez, Justin Bieber, Daya—but I also had this country side where I love Rascal Flatts, Jason Aldean and Thomas Rhett and all those people. I think that background has really affected the way that I sing and the way that I write. Right now I'm listening to 'drivers license' on repeat. I can't relate to it, but I want to relate to it so bad! Just for one loop of the song I'd want to relate to it."

On advice to her younger self:

"I'd probably say not to be too sensitive. This industry is super, super tough. When I got to LA, I was like, OK, I'm ready to act, I'm ready to sing. And when I got criticism from people I really took it to heart. Now, when I get a no, I'm like, OK, I can keep practicing, I can do better."

On finding a following:

"When I first started on Chicken Girls, I had no idea that it was going to blow up. I was just acting. Then my social media started blowing up, I was getting recognized in malls. I was like 'Woah, this is so weird.' Like people knew my name. That had never happened in my life." 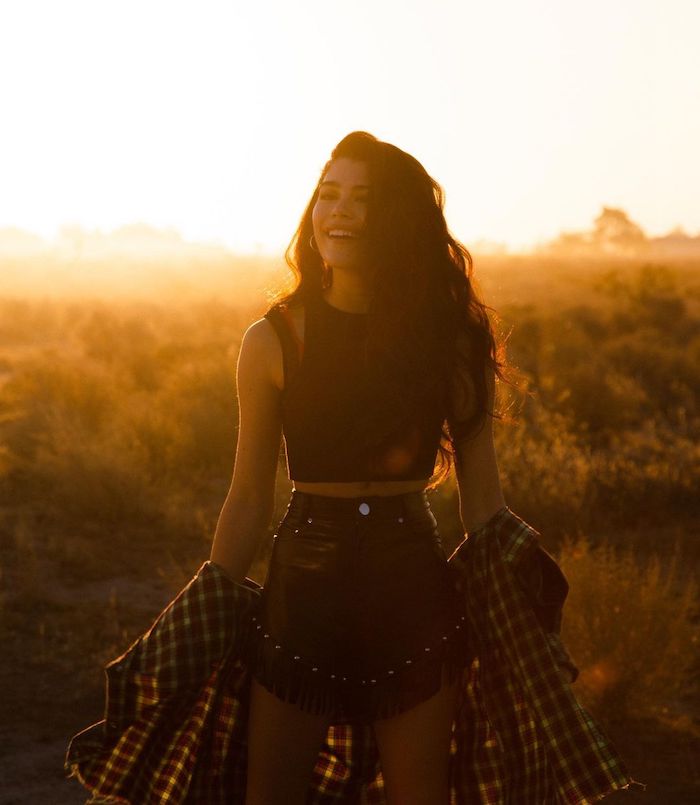 On the social spotlight:

"Social media has really affected people's mental health. Last year, [my social media] was very filtered. Like everything I said. I don't know, for some reason it was like, if I'm happy on social media I need to be happy for everyone else, you know? Recently I started to realize that when I'm sad and I go on social media I see everyone having this happy life and it doesn't make me feel good. So I feel like being honest and showing your flaws is the best way to actually, like, influence someone."

On who makes her laugh:

"My best friends. Caeleigh and Kenzie."

On her newest hobby:

"I just picked up snowboarding. Never snowboarded in my life. I did hurt my wrist, but it was really fun. Otherwise I'm just spending more time than ever with my family, reading, listening to music, hanging out."

On her TikTok drafts:

"I have like 2,000 drafts. It's ridiculous. I need to delete some stuff. I just have this random video of me and Kenzie, it's like the dolphin or whatever they call it, just us doing it in slo-mo. It's so weird."

"I really want to go on tour, even though I can't right now. A few years ago, I had the opportunity to tour, and it really sparked me wanting to be onstage all the time. I had never really felt that kind of adrenaline before. Until then, I just want to make more music, get in Zoom sessions and in the recording booth. I miss the studio."

Obsessed with Dylan and her new music? Let us know on social media @girlslifemag! 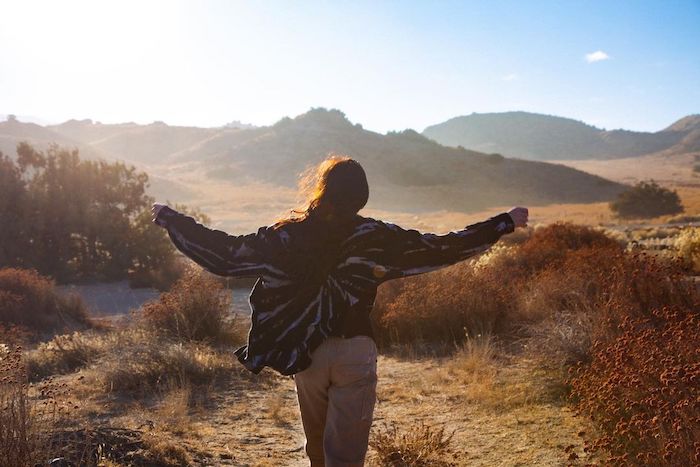 WIN! They're all dying to be Famoux⭐️

Meet the Famoux—the beautiful stars of the reality TV show The Fishbowl. Behind their perfect image lies an ugly truth: Being popular really is a matter of life or death. Enter to win here!