"'The sun is also a star' means that anything is possible." 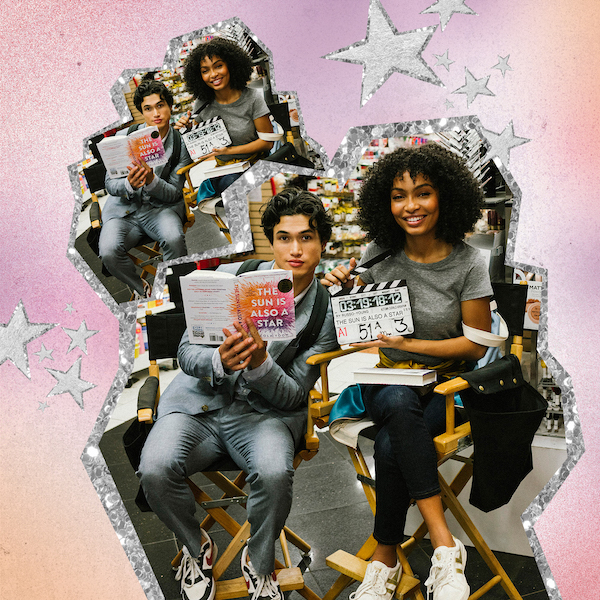 If you're anything like me, you've probably watched the trailer for The Sun Is Also a Star (out Friday, May 17) an innumerable amount of times. TBH, at least half of the trailer's 8 million views on YouTube are from me...

And, sure, part of that is because the Rationale song they use in the trailer is one of my all-time faves, but I'm also just utterly obsessed with the story. Two teens—one a realist, one a daydreamer—meet and fall in love over the course of one unexpectedly romantic day in New York City.

I feel like the probability of this kind of fate-fueled love story happening to me is not super high—but that shows just how magical this movie is. The way the film's stars Charles Melton and Yara Shahidi portray Daniel Bae (a daydreamer poet who can't help but try to win his crush's heart) and Natasha Kingsley (an immigrant on the verge of being deported to Jamaica), respectively, make me feel like anything is probable and possible.

"Daniel Bae is a hopeless romantic who wears his heart on his sleeve," Charles told GL exclusively, "and I thought it was important to capture that sensibility on screen."

Try and you will succeed, apparently. On screen, the Riverdale star makes Daniel irresistibly smart, silly and sweet—and not to mention majorly swoon-worthy.

Press play on the trailer below, and you'll see all that come to life.

But Charles didn't just want to do justice to his character (created by Nicola Yoon in her bestselling YA novel the movie is based on). The Sun Is Also a Star is a story about immigration and the feelings surrounding the legitimate repercussions of being an undocumented citizen (as Yara's character is). Hailing from an immigrant family himself (Charles' mother emigrated from Korea when he was 13), this was an important tale to tell, and one that hits close to home.

So I had to pose the same question Natasha is asked in the film: What does America mean to you?

"America is my home," Charles says simply. "My father was in the military and we moved a lot when I was a child. It’s been an incredible experience thus far to have lived in many cities throughout my childhood and in my adult life including Kansas City, Los Angeles, New York (where we filmed this movie) and Atlanta (where I’m currently filming). America is a vast, beautiful and diverse country and I’m grateful to have seen so many different parts of it."

The movie might involve very relevant and consequential topics, but between moments of uncertainty, it's still light and sparkly and romantic and real. It takes two to tango, though, so Charles has his on-screen leading lady, Yara—and one v. delish dessert—to thank for their undeniable spark.

"Before my chemistry read with Charles," Yara says, "I was eating this homemade raspberry jelly pop-tart from Confection Co-Op. It's one of my fave desserts, but I shared it with him. That may sound small, but I don't share dessert. I will share everything else I own with you. Dessert though? Nope! So I knew that the fact that I was OK sharing that with him was a sign that we were going to have a lot of fun working on this movie."

According to Charles, Yara's not much different than Natasha, who can almost always be found with her headphones on and Nirvana on blast. "My favorite memory from working with Yara was discovering just how much she loves music," Charles laughs. "She's *obsessed* with Frank Ocean."

Truth be told, I'm low-key obsessed with Charles and Yara, and just how brightly they light up the silver screen together. One thing's certain, if I only had one day to spend with the person I love the most, I'd likely spend it seeing this flick.

The Sun Is Also a Star starring Charles Melton and Yara Shahidi theaters May 17. 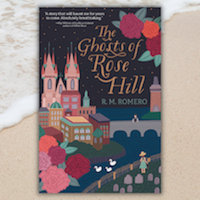