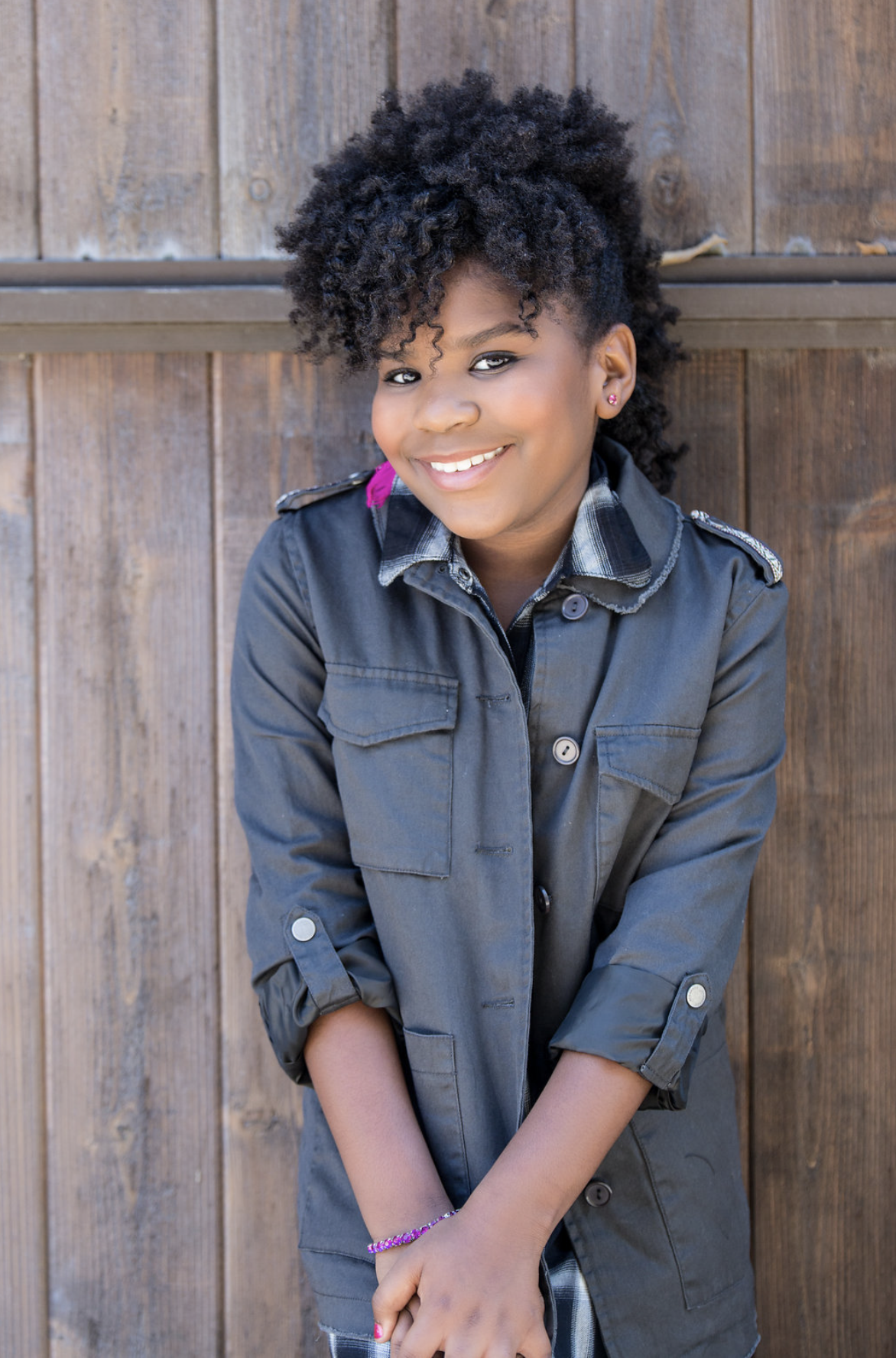 On Disney Channel's K.C. Undercover, we can always count on Trinitee Stokes to provide some major LOLs. We love her on the hit show as robot Judy, K.C.'s (Zendaya's) little sis! We chatted with the actress who dished on her on-set antics, her fashion inspo and what her future holds!

On what to expect this season
This season, Trinitee is excited to show off different sides of Judy’s personality. “She’s going to tap into her emotional side more,” Trinitee said. “Her and Agent Craig (Kadeem Hardison) get to go to a father/daughter dance, which is really sweet.” Trinitee also told us that Judy gets to learn what it means to be a true friend this season.

On the best part about playing Judy
Getting to play a robot spy must come with some pretty intense stunts, right? Trinitee said that she loves filming them! “I’m always losing body parts!” she joked. “I also love that no one can outsmart me.” Playing a character who has tons of special abilities has caused Trinitee to wish for one of her own. “I would love to have the ability to become invisible,” she told us.

On her fave memories with the cast (and the nickname they gave her!)
Some of Trinitee’s favorite scenes to film are ones that involve the whole Cooper family. “Whenever we’re all together in a scene, it’s non-stop laughter and fun,” she said. “We end up singing some crazy song or having a dance party in between takes.” Sometimes, they count on Trinitee to say something outrageous. “If I say something crazy, they will start singing ‘Dramatica Stokes,’ which is the stage name they gave me!”

On her music career
While you may only know her from TV, T's also pursuing her music career. “I’m in the studio working on some new songs for my EP,” she spilled. She loves artists like Michael Jackson, Tina Turner and Beyoncé, so we’re expecting some fierce tracks!

On what she wants to do after K.C.
While we hope it’s a long time before K.C. ends, Trinitee already has a plan for her future. “I definitely want my own TV show!” she told us. She also would love to star in some action films. Since she’s so fab at the stunts on K.C., we think she’d do great!

You can catch Trinitee on season three of K.C. Undercover, airing Fridays at 8:00 p.m. EST on Disney Channel!

What do you think is in store for Judy on season three of K.C. Undercover? Tell us in the comments below!