Bailee Madison is spilling all on Good Witch season three! 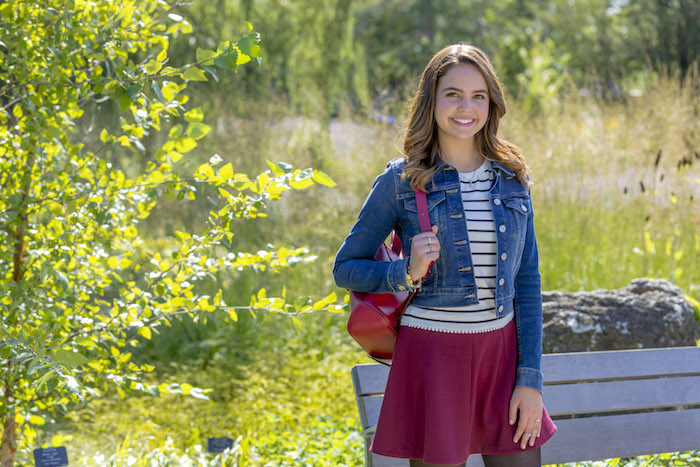 If you haven't seen the show (get on that, girl!) or just need a refresher, the series stars Cassie (Catherine Bell) as a widow who lives in the quaint town of Middleton with her daughter Grace (that’s Bails!) and together they are adjusting to their new norm and using their special abilities to better their community.

GL recently caught up with Bailee on set in Toronto to get an *exclusive* sneak peek on what to expect from Grace in season three, which characters she ships together and the celeb that just might make a cameo on the show.

How do you relate to Grace?
I think she’s always trying to be the best version of herself and that’s something I try to do every day. I support the people I love and if I can go to bed at night and be happy with the words that came out of my mouth and my actions, then it’s been a good day.

Are any of Grace’s experiences inspired by your personal experiences?
This whole season has been very relatable to me personally and our writer, Dean Bottelli, has been kind of observing my life from the sidelines. I’d get a script and it’d be like, “I think you pulled this a bit from my life!” It’s cool to have a writer who is open to telling an authentic story about a teenager.

If you could cast any celeb as one of Grace’s new BFFs, who would it be?
I want all of my friends on the show, like for a big housewarming party. I’m always down for being friends with Emma Stone but I don’t know if she would come and be friends with Grace!

We have seen some fans on Twitter hoping you will work with Gina Rodriguez (Jane the Virgin).
Gina would totally come! We tweeted each other recently and I was like, “Let’s write something together.” That would be great. I love her.

You have said that the Good Witch cast feels like a second family. What have been some of the most memorable moments with them on set?
There have been so many great moments. Rhys [Matthew Bond] (who plays Nick) and I, we have known each other now for three years. I’ve seen him grow up, he’s seen me fall in and out of things that I didn’t really know how to deal with and he’s been there for me through all of them. He’s one of my best friends and I love him to death.

What can fans expect from season three?
I think we’ve always hinted at it or played with you guys a little bit for the first two seasons, but this season there’s a new boy that shows up—that’ll be really exciting! Grace also starts to question herself—if she’s good enough, if she’s smart enough and if she belongs to the school in the right way. There’s a lot of self-discovery this season.

Why do Girls’ Life readers HAVE to watch Good Witch?
I think that as girls, we’re constantly trying to find who we are. Whether it’s through music or TV shows or movies, it helps us discover ourselves in new ways and it makes us feel not so alone. This season they’ll be able to really relate to Grace and hopefully find themselves within the character, too.

Are you looking forward to watching the season three premiere of Good Witch? Share your excitement in the comments down below. 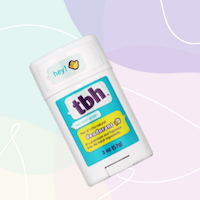