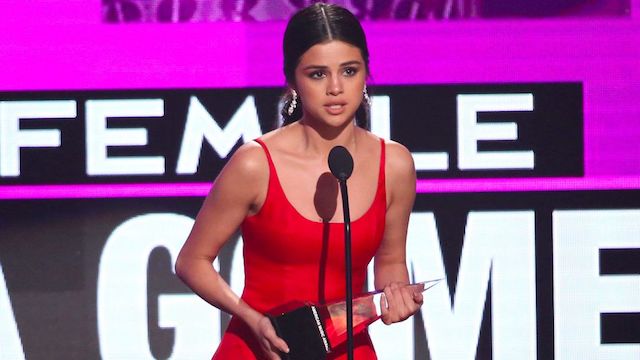 As many of you know, Selena Gomez has been absent from the public eye for quite some time now. In early September, Selena announced that she was cancelling the remaining dates of her Revival world tour in order to seek help for the anxiety, panic attacks and depression she was experiencing as a result of her lupus, an autoimmune disease.

Last night at the American Music Awards, she made her first public appearance since ducking out of the spotlight—and she came back in an incredibly powerful way. When she stepped on stage to accept her AMA for favorite pop/rock female artist, she was more honest and authentic that we have ever seen her before. She spoke about her struggle, and shared what may have been the reason she cancelled her tour. "I had to stop," Sel admitted. "Because I had everything—and I was absolutely broken inside."

She ended, though, by offering words of wisdom to those listening, stating, "But if you are broken, you do not have to stay broken," she encouraged. Heck yeah, Selena.

Check out her full speech below:

"In 2014, this stage was actually the first time that I was authentically 100 percent honest with all of you. I think it's safe to say that most of you know a lot of my life whether I liked it or not. And I had to stop. Because I had everything—and I was absolutely broken inside. And I kept it all together enough to where I would never let you down, but I kept it too much together to where I let myself down. I don't want to see your bodies on Instagram. I want to see what's in here. I'm not trying to get validation nor do I need it anymore. All I can say from the bottom of my heart is I am so grateful that I have to opportunity to be able to share what I love every single day with people that I love and I have to say thank you so much to my fans because you guys are so damn loyal and I don't know what I did to deserve you. But if you are broken, you do not have to stay broken. And if that's anything whether you respect me or not that's one thing you should know about me is that I care about people. And thank you so much for this. This is for you, thank you"

Now, we don't know if this means Sel is back for good or if she is going to continue to keep a low profile. Either way, we are thrilled to see that even though it seems like she was knocked down, that she got back up again.

What do you think of Selena's AMA's acceptance speech? Share your thoughts in the comments below. 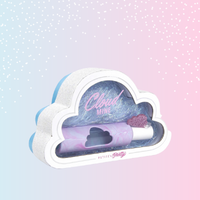 Dreaming of an amaze vacay? We're ringing in the holiday szn with our biggest giveaway of the year: a fabulous getaway to Nickelodeon Hotels & Resorts Riviera Maya plus a prize pack of beauty goodies, featuring this Petite 'n Pretty Cloud Mine Fragrance Rollerball. Click here to enter!