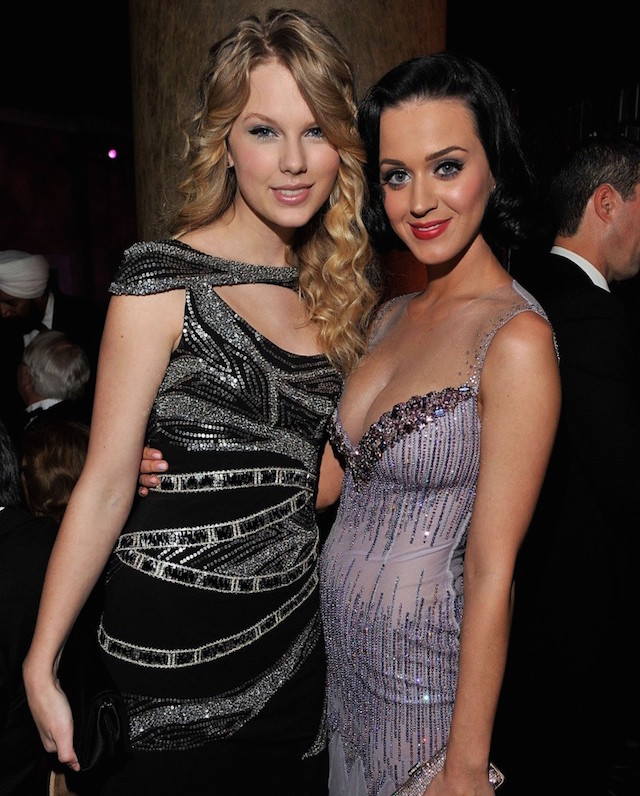 We adore both Katy Perry and Taylor Swift, but lately there hasn’t been much love between the two fab singers. However, Katy may have just waved the white flag on their ongoing feud. During a Twitter Q&A on Saturday, one of Katy’s fans posed the question: “Will you collab with Taylor Swift?” Katy sent Twitter into a frenzy with her totally unexpected reply. 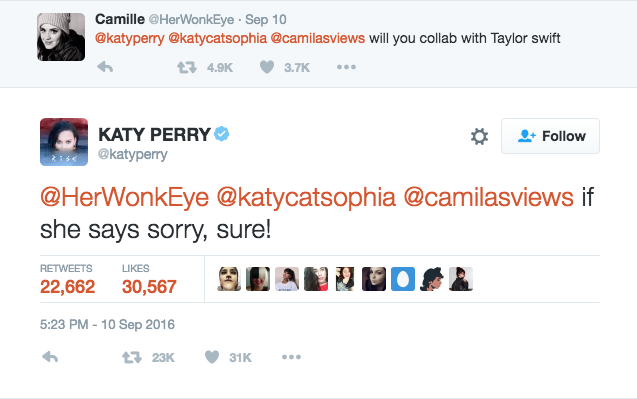 The feud between the former friends started in 2014 in a Rolling Stone interview with Taylor where she commented about a relationship with an unnamed artist as the inspiration behind her song "Bad Blood." All signs pointed to the song being about Katy, even though Taylor never said it herself in the interview. Katy responded with a tweet the compared Taylor to Regina George of Mean Girls. The rift between the two singers lingered as Katy continued to fire at Taylor out of the blue, particularly during Taylor's split with Calvin Harris and the phone call drama with Kanye West.

It's unclear if the tweet came from Katy or if she was hacked like she was back in May. Either way, we will be looking out for Taylor’s response while crossing our fingers for a ceasefire and hopefully a stellar collaboration.

Do you think Taylor will apologize? Let us know your thoughts in the comments!