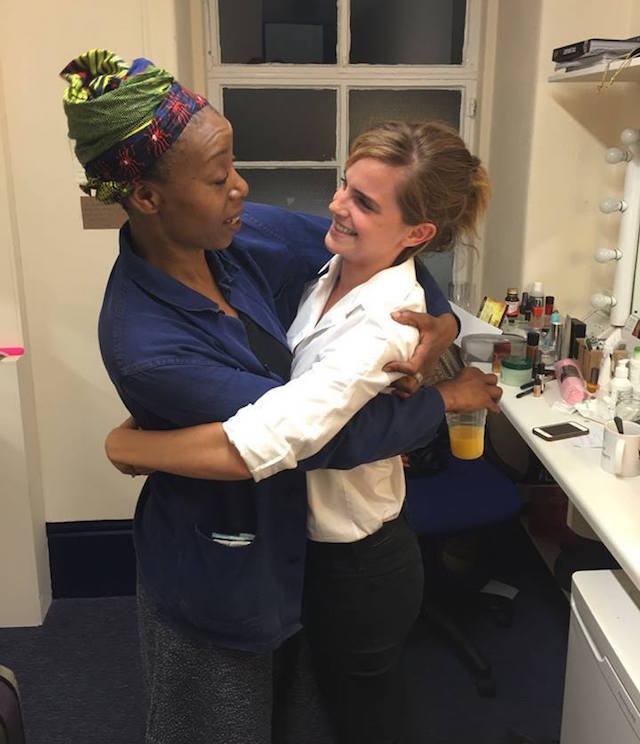 Emma Watson a.k.a Hermione Granger (a.k.a feminist icon and role model for girls everywhere recently) attended the London play Harry Potter and the Cursed Child on Wednesday night and met up backstage with actress Noma Dumezweni, who plays Hermione on stage. We’ve been missing our favorite brainy, bookish and brave gal ever since Harry Potter and the Deathly Hallows Part II left theaters five years ago, so after seeing these two gals in the same place - no magic required! - we feel that a certain Hermione-sized void in our lives has been filled.

Here they are looking super cute together! 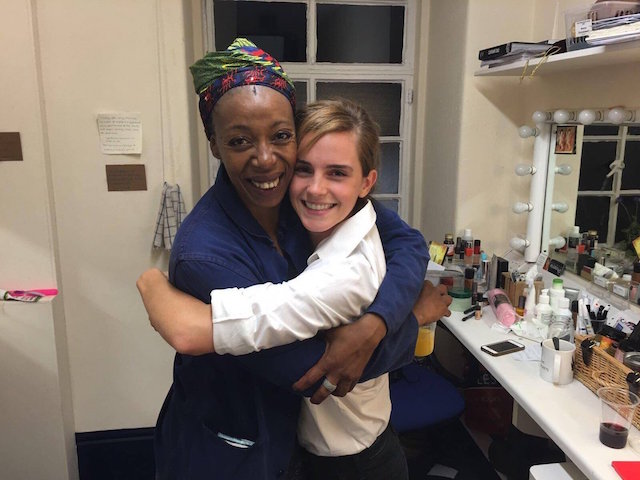 It was SO lovely to meet you @MissDumezweni. #Hermiones pic.twitter.com/xkh0PQyZEr

The love between the two Hermiones was more than mutual, as evidenced on social media later that night. Noma posted a series of tweets after meeting Emma to share her happiness:

1. Now I feel I can share the maHUSSIVE Joy I felt, alongside the company when a beautiful, humble and very kind young lady saw @HPPlayLDN.

2. @EmWatson It really was quite emotional to be in your company... And Thank you 4 your lovely self. We spoke of you with MAJOR respect ❤️!

Emma wrote a heartfelt Facebook post about how much she enjoyed the play, stating, “Meeting Noma and seeing her on stage was like meeting my older self and have her tell me everything was going to be alright, which as you can imagine was immensely comforting (and emotional)!” You can read her whole post here:

TBH, we’ve secretly been dreaming about this encounter between the two Hermiones for months, since Emma took to Twitter earlier this year to support Noma’s casting as Hermione and share her - and literally every Potterhead's - desire to see the next installment in the Harry Potter story!

Emma's tweet came after many had criticized Cursed Child for choosing a black actress to bring Hermione to life. J.K. Rowling, queen of all things Harry Potter, responded with this tweet:

Noma, in an interview with the Evening Standard, shut down those prejudiced critics by saying, “It stems from ignorance. They don’t want to be a part of the creative act. To say it’s not as it was intended is so unimaginative. The only question we should ask is ‘Are they good?’ I’ve met great actors black and white and I’ve met bad actors black and white.” Way to tell ‘em, Noma.

We are *dying* to go see Cursed Child and relive the magic of the Harry Potter series all over again. And who knows? Maybe we’ll run into Daniel Radcliffe or Rupert Grint while we’re there!

What do you think about this mind-blowing meeting between the two Hermiones? Let us know in the comments below! 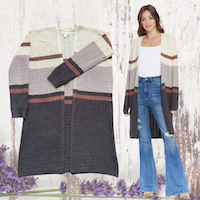 Your jeans called: They need this cozy cuteness from Saltwater Luxe. Enter to win here!