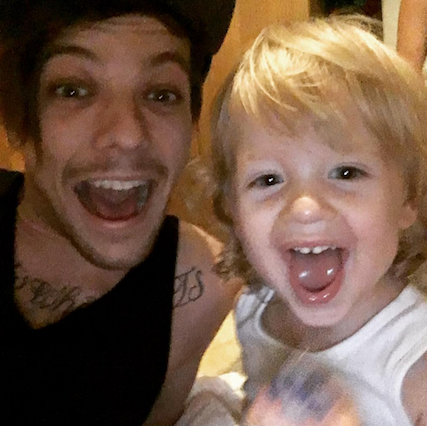 Okay One Direction fans, the wait is finally over: The first 1D baby has been born, and it looks like Louis Tomlinson can hold off singing "Steal My Girl" for a while because he and Briana Jungwirth have welcomed a baby boy.

Rumors started on Friday morning when Louis's stepfather shared a special tweet, but it wasn't until Louis officially confirmed it over the weekend that we knew Baby Tomlinson was finally here.

It seems like just yesterday that we first heard word that Louis was going to be a dad. And even though Louis told us how excited he was back in August, after so many months of silence we were almost able to believe that it had all just been a rumor after all. Congratulations are definitely in order to Louis, Briana and their families. We can't wait to meet their little bundle of joy.

The UK paper The Sun are reporting that Louis and Briana have named their son Sydney Rain, which we have to say is pretty adorable.

Now that 1D is on an extended hiatus, Louis can spend lots of time with his new son. Congrats again to him and his!

What do you think of the baby name rumors? Are you excited that Louis finally had his son Let us know in the comments!