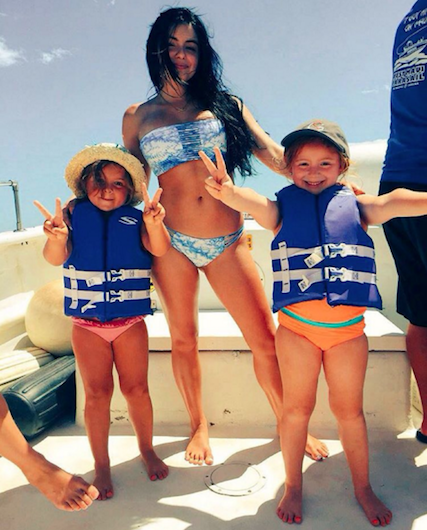 Remember earlier this month when Ariel Winter and Ariana Grande teamed up to shut down body-shaming trolls on Twitter? This weekend, Ariel continued her tradition of speaking up for girls all over by confronting some ugly comments on her Instagram.

A couple days ago, the Modern Family star shared a pic of her nieces and her wearing bathing suits while on a boat. When comments started to get inappropriate and out of hand, Ariel felt the need to publically address them, and took to Insta again to make her point by sharing a picture demonstrating how people can make arbitrary judgments against someone just based on the length of their skirt (you can check out the original artwork, called "Judgments," on artist Rosea Lake's Tumblr here).

"Who knew that an innocent photo with my nieces would turn into this?" she wrote in the caption. "The height of a girl's skirt or whatever she is wearing for that matter, does not imply what she is asking for. It sickens me to think at 17 years old, a photo of myself with my nieces is suggesting that I'm 'asking for it.'" 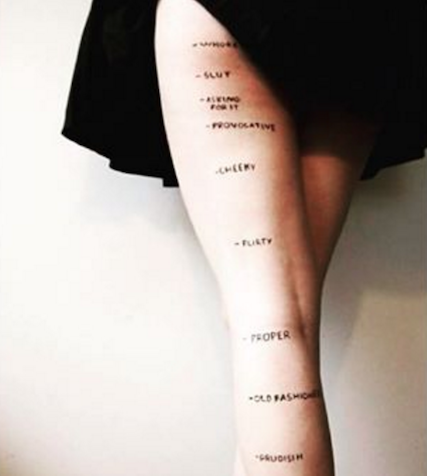 Ariel continued her empowering message, writing, "I typically never give power to the mean things people bravely say behind their computer screens on the Internet, but this is for the girls who are constantly bullied whether it be online or at school. You are not asking for anything because of what you are wearing—you are expressing yourseld and don't you ever think you deserve the negativity as the consequences to what you are wearing—YOU ARE BEAUTIFUL."

We love how Ariel stood up not just for herself, but for girls all over who face bullying and harassment based on the clothes that make them feel comfortable and cute. Her words are beyond inspiring, especially her final thoughts: "Celebrate you and don't let anyone's comments allow you to think less of yourself. Us girls have to stick together!"

What do you think about Ariel's message? Have you ever felt judged based on your outfit?