Exclusive: Isabela Moner's debut album is out NOW and we've got the scoop 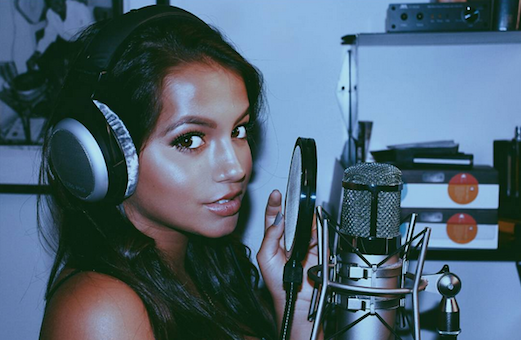 100 Things to do Before High School only just premiered earlier this year, but we're basically already in love with 14-year-old Isabela Moner. After getting her start on the stage in Broadway's Evita, Isabela's making her name in TV—and now music, too. Her debut album Stopping Time comes out today (grab it here on iTunes) after years of work, and we talked to Isabela to find out everything we need to know. Check it out.

GL: You've been working on this album for a long time, right?

Isabela: I started when I was eleven, but I never really go the chance to release it before so some of the songs I recorded three years ago. We had the album all finished when I started working with Nickelodeon. I was worried I wouldn't be able to share it, but Nickelodeon was so supportive. They even shared my "Dream About Me" music video on their YouTube channel, which was awesome.

GL: "Dream About Me" is a song you wrote yourself, right? What do you like about writing music?

Isabela: Yeah! I wrote it a couple years ago, but I've been working on a lot of new music lately, too. I've only recently become comfortable sharing my music with some of my closest friends, but they've been so supportive of me and I don't think I would be able to show anyone my new music without them. My lyrics have really gotten deeper as I've had more time to think about them. As I've gotten older, I've gotten better at writing and explaining things, literally studying the song down to its core—the beat, when the instruments come in, measures and progressions and crescendos. I've been working really hard lately, so I'm really excited.

GL: Your album has a lot of awesome covers, too. How did you pick which songs to do?

Isabela: I started just with a list of different songs that I like to sing and picked and chose from that. I think this album really shows my music taste. It doesn't necessarily have a universal sound, but it shows what I love. It's a compilation of songs and artists that have inspired me throughout the years, and is sort of a sneak peek of what I want to do in the future. Part of the reason it's called Stopping Time is because it captures each year of my life that I was working on it as my voice evolved and my music evolved. I love that I got to span genres and decades with the songs. 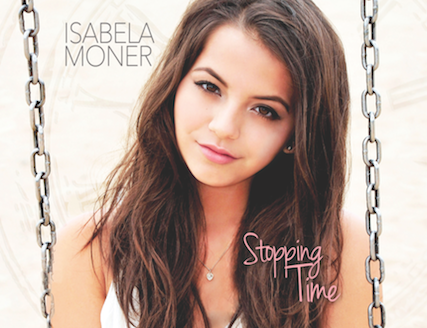 GL: If you were picking new music to cover now, what would you want to add?

Isabela: Probably some R&B. Recently I've been really into Kehlani and her new album, but I'd probably do a song by The Weeknd too. Lately, though, I've been really inspired by the Filous Remix of James Hersey's "Coming Over." I don't usually like techno, but that's been my go-to and I can't stop listening to it.

GL: There's a lot of ukelele in your music. When did you learn to play?

Isabela: I learned when I was ten. My dad plays the guitar a lot, and he's kind of my musical inspiration in life. He tried to teach me because I really wanted to learn, but his guitars were too big for me so I started with a ukelele to learn the chords and finger patterns. I just love the sound of it and I think it's super cute. I was in love the first time I played it. There's also a lot of cajón on the album, but I can't play that to save my life! The cajón is a drum from Peru, which is where my mom is from. Spanish is actually my first language and Peru really feels like my second home, so I decided to incorporate it into the album.

Isabela: Thanks! I can’t wait for people to hear my music.

What do you think of Isabela's music? What songs remind you of certain times in your life? 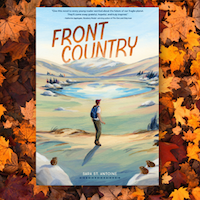