Ready for the Zendaya/Raven-Symone team up? It's almost here! 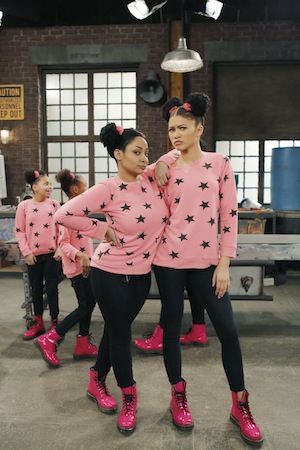 It seems like ages ago that we heard the amazing news that That’s So Raven’s Raven-Symoné would be making a special guest appearance on Zendaya’s hit show, K.C. Undercover. Now, the time is finally here (the episode, “Runaway Robot,” is premiering Monday on Disney Channel at 7:00 p.m.) and we couldn’t be more excited.

Psychic Raven was always known for getting dressed up in goofy costumes to try and worm her way out of crazy situations, and as a super spy, K.C. is no stranger to a good disguise either. By putting their powers together, these two are sure to make an amazing show. Basically, this is the Disney Channel collaboration of our dreams.

We reached out to Zendaya to find out what she loved most about That’s So Raven (um, everything?) and get some pics fro Monday’s ep. Check ‘em out. 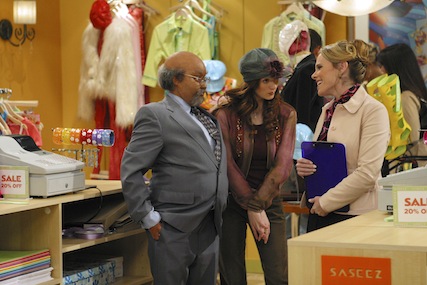 There are about a million amazing episodes of That’s So Raven, but for Zendaya it comes down to two favorites. In this ep, Raven and Chelsea apply for jobs together at the mall, but when underqualified Chelsea gets the job and overqualified Raven doesn’t, they suspect something might be up. After Ray gets a vision of the manager’s racist policies, they set out to prove what’s going on—and confront it.

It’s hard to say if “Country Cousins” is tied for first or a close second, but either way it’s undeniable that it’s one awesome ep. With Raven-Symoné playing three different characters all related to each other, the laughs keep on coming.

Did anyone not love Ray’s signature catchphrase? It was always hilarious—and the perfect way to throw a little harmless shade. Turns out that Z loves it as much as we do, too. So we’re basically all BFFs now, right? 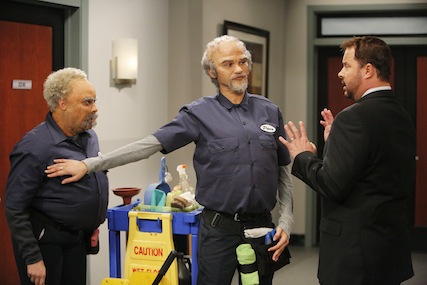 Don’t forget to tune in to “Runaway Robot” where K.C. teams up with Simone Deveraus (Raven-Symoné), a former spy and current engineer, to get back robot little sister Judy after she’s captured by enemy agents.

What was your favorite thing about That’s So Raven? What do you love best about K.C. Undercover? Tell us in the comments below.