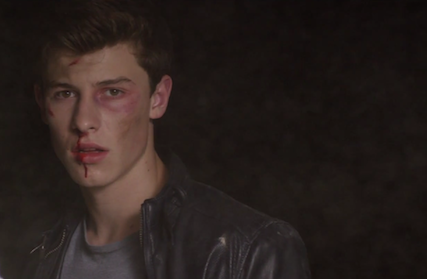 After little teasers all week long, including a performance at this past weekend's Much Music Video Awards (and a Fan Fave Vid win for his "Something Big"), Shawn Mendes has finally shared his music vid for "Stitches."

In it, Shawn performs his tune while getting progressively more and more beat up. Basically, it's the perfect metaphor-made-real for the old saying we all know to be true: love hurts.

This isn't Shawn's only news this week, though. He's also premiering the music video for his song "Believe," written for the Disney's Descendants soundtrack, tomorrow, and it's starring Descendants faves Dove Cameron and Sofia Carson. 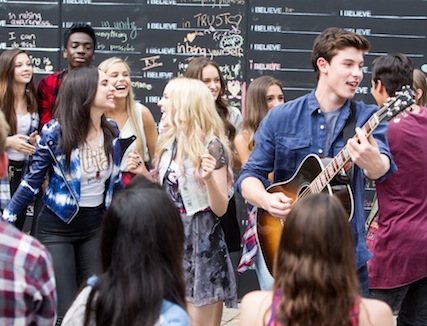 We've got a clip here just for you, and don't forget to check back later for the full vid.

What do you think about Shawn's new tunes? Are you a big Mendes fan? Tell us in the comments.