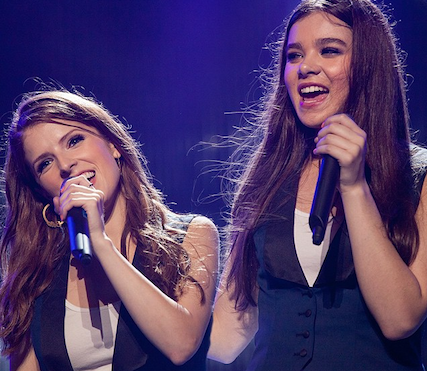 We’re going to get straight to it and say that this week went by in a flash, and some of our fave celebs were keeping just as busy. Who is saying goodbye and who is going to be designing new clothes? Read on to find out.

When news hit that the beloved show Degrassi was cancelled after 14 seasons, we were shocked. Thankfully, Netflix came to the rescue and "un-cancelled" the show. Degrassi: The Next Class will start airing in 2016 with a majority of the cast returning and plenty of newcomers being introduced. Although it'll be be strange not to see the show on TeenNick, we are thankful that we won't have to miss out on our favorite drama-filled school.

Bella and the Bold Duds

After Bella and the Bulldogs's insanely successful debut, and a season full of amazing and athletic outfits, Bella and her fantastic fashion sense are coming to a store near you. The super stylish Justice has teamed up with Nickelodeon so you can rock it just like Bella—from sparkly leggings to graphic tees to sporty duffel bags goodness. Start saving your money and racking up the chores, because when these cute clothes hit shelves in July you won't want to be left on the sidelines.

A few months ago, Rebel Wilson hinted in an interview that a third Pitch Perfect movie was in the works, but with the sequel not yet in theaters, we didn’t want to get our hopes up too much. Well, now it’s time to celebrate, because it’s been confirmed that the writer from the first two movies are coming back to turn PP into a trilogy franchise. Although no one other than Hailee Steinfeld has confirmed their involvement, we’re pretty sure the cast is just as excited as we are. To use their words: they're back, pitches—again!

Although Season 20 of Dancing with the Stars has only been off-air for a month, we’re already gearing up for Season 21. (We've even marked September 14th at 8 p.m. on our calendars so we don't miss the premiere on ABC.) With the pros heading out on tour for the summer, we're excited to see their awesome moves, and even more ready to find out who'll return in the fall—and which celebs will be joining them. What stars do you want to take a turn for the mirror ball trophy?

It’s no secret that Vanessa Hudgens has been totally killing it on Broadway in the new musical Gigi. The cast even performed an incredible number during The Tony Awards after Vanessa’s IRL BFF Ashley Tisdale welcomed them to the stage. Although the show has been creating tons of buzz, it was revealed this week that Gigi will have its final Broadway performancr on June 21. The show had a short, but well-loved run so if you want to catch Vanessa live and meet her at the stage door after the show, head to NYC ASAP.