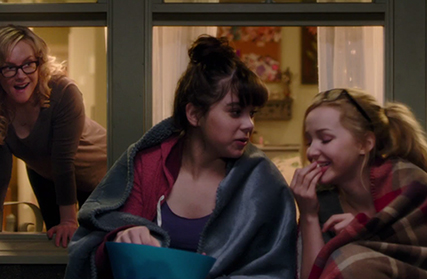 We already knew Hailee Steinfeld was one of the toughest, coolest girls around. After all, her breakout role was the old-school cowboy movie True Grit. Now, though, in her new movie Barely Lethal also starring Dove Cameron, Sophie Turner and Jessica Alba, Hailee is showing us exactly what she's made of.

In the film, Hailee plays orphaned teen Megan brought up in a secret organization and taught how to be a master spy. After getting a glimpse of what life is like for the rest of the world, though, Megan decides that she wants to be a normal teen—and when the opportunity to fake her death and start over presents itself, she takes it.

But it's not always easy to blend in, and when a video of Megan kicking butt and taking names goes viral, she's in for a whole world of trouble. Check out the trailer below.

What do you think of Hailee and Dove's new movie hitting theaters May 29? Are you excited to see a movie about awesome teen girl spies? Dish in the comments below.

Photo and video credit to: A24