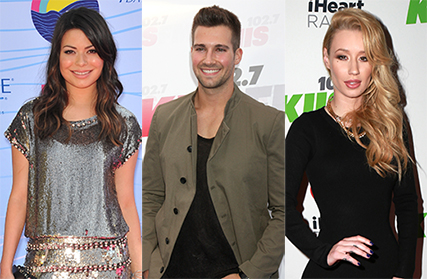 Another week is over, so that means some of our fave celebs have done some seriously cool things in the past seven days. Who’s tour is getting majorly postponed and which ex-boyband member did a killer cover of a hit song? Read on to find out!

Iggy Azalea's had a rough few weeks lately. After taking a social media hiatus to break out of the negativity and criticism she was facing, she's now been forced to postpone her first arena tour. The Great Escape Tour was scheduled to start in April, but due to production delays, it's been pushed back to September. "I really considered what do I want to do: keep and honor the tickets and this date for the fans but not the show I'd envisioned or kind of promised them... or do I want to move it and have the absolute best show, the show that I envisioned," Iggy said. Thanks to the move, Nick Jonas will no longer be able to open the show, but by the sounds of things that doesn't mean we're missing out entirely. "You will still get to see me this spring, details coming!" Nick tweeted, leading fans to believe he might be planning a tour of his own. Though we're totally bummed to hear about the tour being postponed, it sounds like we're getting two amazing shows out of it.

Ever since the series finale of iCarly, Miranda Cosgrove has been laying low while studying at the University of Southern California. Although we've missed seeing her, we love that she's taking her education seriously and still updating us on her life through Instagram. In her latest car selfie, Miranda shared some especially cool news: “Started a new pilot today called the Susanne Martin Project. Excited!” We're excited, too. After all, a new show could mean Miranda’s official return to television. We can’t wait to find out more deets about the project.

This week was full of awesome news about sequels to some of our favorite animated movies. After months of speculation, it was finally confirmed that a Frozen 2 is in the works and the whole cast is returning to bring their characters to life. Although we know nothing about the storyline, we do know that it's gotta be great. We also got a glimpse of what’s in store for Hotel Transylvania 2 with a brand new trailer. In the vid, Drac is trying to ensure that his half-human, half-vampire grandson is as much as a vampire as possible, and nothing will stop him. We can’t wait to see this flick when it’s released on September 25th.

James is Thinking Out Loud

Former Big Time Rush member James Maslow is taking a break from his recent acting gigs to respond to his fans’ requests for a new cover song. We thought that it was impossible to fall more in love with Ed Sheeran's "Thinking Out Loud," but James proved us wrong. Putting his own spin and style on the tune completely reinvented it and made us want to put our BTR albums on repeat. What's the status on that reunion, again?

Eeep! The official movie poster for Paper Towns is finally here and we couldn’t be more thrilled. The movie stars Nat Wolff and Cara Delevingne as Quentin and Margo, and the poster perfectly captures their characters’ personalities. Author John Green also announced that the first trailer would be released on The Today Show on March 19th, less than a week away. We can’t wait to see another one of John’s books come to life. 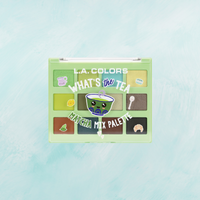