Laura Marano joins the cast of Liv and Maddie. What the what?! 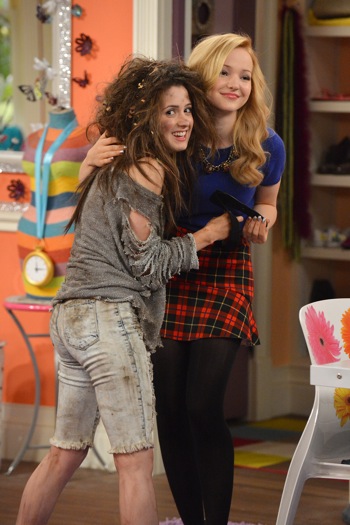 Don’t fret, gals, Austin & Ally isn’t losing a star. Laura Marano is simply hopping over to Liv and Maddie as part of Disney Channel’s “What the What?!?” weekend.

What’s “What the What,” you ask? Well, it’s a wicked weekend of TV that will leave your head spinning. Your faves from shows like Jessie, Good Luck Charlie and Austin & Ally will swap stages and scripts to guest star on a different Disney Channel show. Get pumped, because you’ll be seeing G Hannelius, Sierra McCormick and plenty of other pals play some completely new characters this weekend starting Friday at 8 p.m. ET/PT on Disney Channel.

One fave we’re really looking forward to? Laura Marano transformed into a wolf-woman named Fangs for her guest spot on Liv and Maddie’s “Howl-A-Rooney” episode where Liv is told that the coveted role of Tristan in "Space Werewolves" has been narrowed down to herself and two other famous actors. It sounds strange, but we’re super into it already. Our lives have been lacking werewolves lately, so this episode is just what we need. 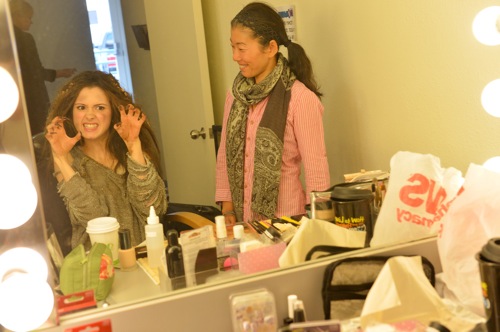 From the looks of this behind-the-scenes photo, it seems like Laura’s latest role was a ton of fun. According to Laura, she had a fab time filming with Dove Cameron, Joey Bragg and the rest of the Liv and Maddie gang. She even let GL in on what she loved most about it:

“The best part about guest starring on Liv and Maddie was working with the cast and crew.” Laura gushed to us. “They are so sweet, and I had such a blast with all of them!”

Don’t forget to check out Laura’s guest spot this weekend when a new episode of Liv and Maddie airs on Disney Channel Sunday, April 13, at 8 p.m. ET/PT.

Are you stoked to see Laura get fang-y on Liv and Maddie? Let us know in the comments below! 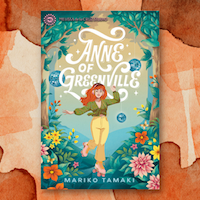 A modern reimagining of Anne of Green Gables. Enter to win here!