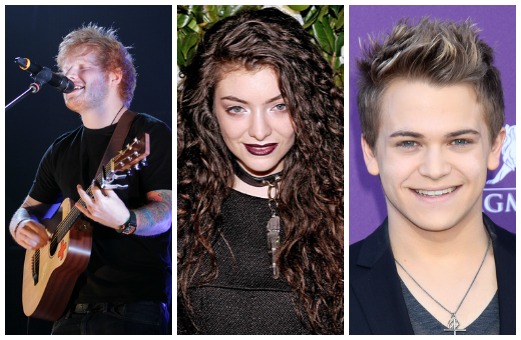 Some of our fave celebs have been keeping busy this week and it’s been hard to keep up! From mysterious tweets to new makeup lines and everything in between, this week had it all. Read on to find out when a new album will be released and who is back on our fave TV show!

Lorde is going full speed ahead and no one can stop her. Soon, she will be able to add beauty guru to her running resume. It was announced this week that cosmetics company MAC is collaborating with the singer for a limited-edition summer line. Set to hit shelves June 5, this new stash promises to cater to those who favor dark lips and bold eyes. Are you pumped for Lorde’s new line?

In an interview for his upcoming movie The Neighbors this week, Zac Efron spilled that he would be up for returning to East High. When asked about his thoughts about High School Musical, Zac responded that “We’re all thinking about it. I continue to see all the guys from High School. Every time we do…there’s just this look between us.” Although this isn’t a definite “yes,” it’s not a definite “no” either. We’ll be keeping our fingers crossed that this “maybe” turns into something real.

After announcing the cancellation of the PLL spin-off Ravenswood, it was released this week that Tyler Blackburn (Caleb) will once again be a Pretty Little Liars season regular. Phew! The network said, “Caleb Rivers will return to town and back into the lives of his ex, Hanna, and her fellow Liars. He will return early in the season as a full-fledged series regular.” We’re sad to say goodbye to Ravenswood so soon, but are super excited to see what Caleb and the Liars will do next.

On March 10, Ed Sheeran apparently tweeted “The Fault in Our Stars”…and that was it. This left fans wondering if Ed was writing a song for the highly-anticipated movie, set to hit theaters this summer. While no official confirmation has come forward yet, both the official account for the movie and the flick’s director Josh Boone retweeted Ed’s tweet. Sure, this could just be Ed expressing his love for the book but we (and millions of fans) are hoping it’s something a li’l more.

Country cutie Hunter Hayes has finally announced a release date for his second album Storyline. With hits like “Storm Warning” and “Wanted” off his debut album leaving us wanting more, we are so excited to hear what Hunter has created for this new set of tune. Storyline will be out on May 6, but you can pre-order it now on iTunes!