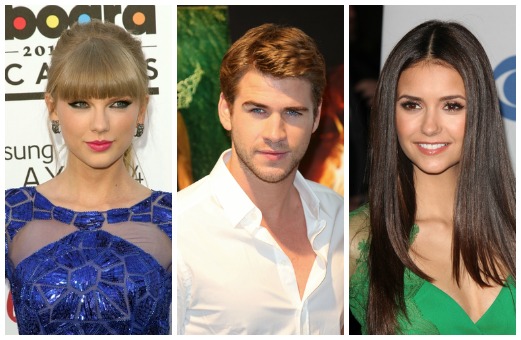 So much happened this week! When all eyes on the winter storm that’s been disrupting a majority of the country, our fave celebs were out and about in the sun. From new siblings to a hot new couple, we’ve got the scoop below.

One Direction superstar Louis Tomlinson now has two more siblings. It was announced that his mother Johannah gave birth to twins Ernest and Doris on Monday. Louis is now the eldest of seven children and we can’t wait to see pictures of him with his newborn siblings! Hey, if 1D doesn’t work out, we think they can start a family band.

We’ve been loving Lucy Hale’s new songs like “You Sound So Good To Me” and “Nervous Girls,” so when she revealed her new album title this week, we got super excited. There is no expected release date yet for Road Between, but we know that it will be well worth the wait. What do you think the meaning is behind the album name? We’re itching to find out.

Looks like Swifty is the latest celeb to hop on the cropped locks bandwagon. Tay took to Instagram this week and revealed a snapshot of her new look alongside bud Ellie Goulding. According to reports, she got the chop to celebrate the end of her year-long world tour…in front of an audience of dozens of fans, nonetheless. We’re not entirely surprised given her superstar status. What do you think of Taylor’s new ’do?

Speaking of Taylor Swift, it looks like her opening act got just as excited as all of her fans. Singer Connor Ball reportedly misjudged the end of the walkway during a performance in the UK this week and fell off the stage. Ouch! Connor is reportedly fine, but later posted an Instagram pic with his arm in a sling. Let’s just say we’re glad he’s OK.

Uh-oh. We wonder how Miley is feeling after her ex Liam Hemsworth was spotted with Vampire Diaries star Nina Dobrev this week. The two grabbed dinner together at the Corner Tavern in Atlanta, and from the looks of it, they’re totally a couple. One onlooker even reported that, "Nina was sitting on his lap and they were staring into each other's eyes while talking.” Guess time will only tell if this pair up is the real deal.

+ 6 on screen couple we wish dated off screen