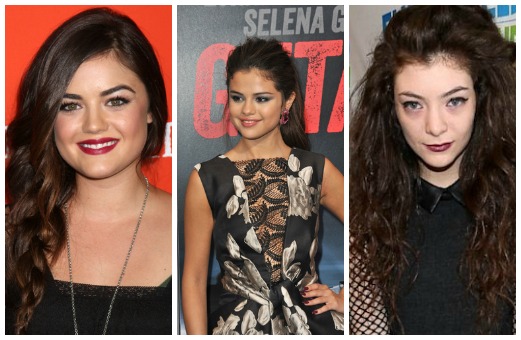 This polar vortex may be making us frozen, but it won’t stop us from delivering the top OMG celeb moments that happened this week. From award winners and performers to a possible rekindled romance, the last few days have been buzzing with events that will make you squeal with joy.

The people have spoken

The People’s Choice Awards aired on CBS this past Wednesday and it was full of all of our fave celebs. Some of our faves who walked home with a trophy? Demi Lovato, Lucy Hale, One Direction and Ariana Grande! Click here to see the full list of winners.

It was the breakup heard around the world. We thought the two were dunzo, but now it’s looking like that isn’t the truth…again. Justin Bieber posted a pic of him and Selena Gomez over the weekend with the caption, “Love the way you look at me.” Not only that, but the two apparently went camping together with the Biebs’ dad. One source is now claiming to E! though that said trip never happened. OK about the trip but, hey, photos don’t lie. Do you think the two are back on?

Our fave TV show is back at it with new episodes. Pretty Little Liars’ winter season premiered on Tuesday and we were all watching in anticipation to see what will happen next now that Ali is back in town. And we weren’t the only ones! Reports claim that this week’s episode was the most tweeted season premiere in TV history! Were you tweeting along with @girlslifemag? We’ll be doing it every Tuesday night during the east coast showing of new episodes and can’t wait to see what kind of trouble the group is going to get themselves into this season.

Speaking of PLL, Lucy Hale released her highly-anticipated debut single “You Sound Good To Me” this week and it has already hit the #1 spot on iTunes’ Country Chart. Could the TV queen now be making a ruling on the music scene? It’s sure looking that way.

Lorde’s going to the Grammys

The Grammy Awards are approaching fast (check it out Jan. 26 on CBS) and it was recently announced that Lorde will be making an appearance as a performer in addition to hopefully scoring big with her four nominations. Other performers include the likes of Katy Perry and Robin Thicke. We just really can’t wait to see what song our fave New Zealand teen decides to perform. Think she’ll walk the carpet with rumored new bestie Taylor Swift?

+ Fash face off: The ultimate red carpet looks of 2013