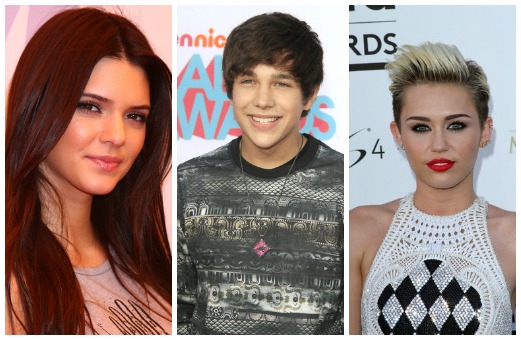 Still stuffed from yesterday’s Thanksgiving meal? Try and make some room because you’ll be full of this week’s Hollywood gossip in just a bit. Who got robbed? Who’s crushing on whom now? Stay in-the-know with the scoop below.

If you’ve been following season 17 of Dancing With The Stars (yes, it’s been around that long) then you know this most recent batch of celeb competitors brought some stiff competition. Corbin Bleu showed us he still has those stellar High School Musical moves. And Jack Osbourne proved that even if you have MS, you can still be a superb dancer. But at the end of the day (er, season) it was Glee’s Amber Riley who took home that coveted Mirrorball Trophy when her and pro partner Derek Hough were crowned winners last night. So what’s she gonna do with the new swag? “It’s going to be the centerpiece at Thanksgiving!” she was quoted as saying. There ya go!

Wait, we thought they were done! The trio gave Team Jonas fans an early holiday treat this week when they released five new songs. Fans had the chance to download the studio tracks that would’ve been on their new album which, as you know, isn’t happening anymore. Have you had a chance to listen to the new tracks?

We sure hope this isn’t the start of Bling Ring 2.0. Miley Cyrus celebrated a monumental moment in her life this past weekend when she turned 21. But it wasn’t all fun and games for the starlet. Reports claim her Studio City home was robbed the day before her b-day and the crook made off with and $100,000 worth of jewels and high-end accessories. And now some are wondering if that gem Liam Hemsworth popped the big Q with last summer was among the loot. Luckily, Miley wasn’t home at the time and no one was reportedly injured, but it’s still so scary! We hope they catch those involved.

Austin Mahone’s crushing on a Jenner

Harry Styles better watch out. Austin Mahone revealed this past weekend that he’s crushing on Kendall Jenner. The two took to the 2013 American Music Awards stage to present the Favorite Artist: Electronic Dance Music award and we have to say they looked pretty adorable side by side. Since Kendall also set the record straight that evening that her and Harry are “just friends,” we’d put money on the fact that Austin has a fighting chance. Do you think they’d make a cute celeb couple?

1D’s coming back to America

Speaking of Harry Styles, we just can’t get enough of 1D world domination at the moment. Their new album Midnight Memories dropped this week and, even though it was leaked early, it still is on track to be No. 1 on next week’s Billboard 200 chart. And if they do so, they will be the first group since the Monkees in 1967 to reach No. 1 with their first three albums. And there’s more where that came from! The boys announced this week that they will be bringing their Where We Are Tour to America starting Aug. 1, 2014, hitting 21 cities before they wrap things up Oct. 5. Tickets go on sale Saturday, Dec. 7 so you better get ’em while they’re hot.

WIN BIG! Be a budding photog with a customizable Pentax Q7 camera.