Get psyched for Halloween with the Fright Night Awards 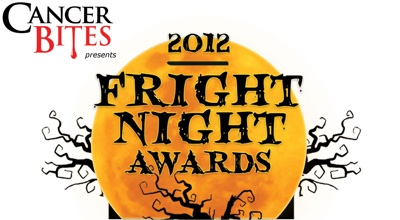 This Halloween, why not kick off the spooktacular a bit early…like the night before? We’ve got a pretty cool event in mind that you won’t wanna miss. Not only will you be getting in the Halloween spirit, but you’ll also be raising awareness for cancer! So grab your buds and get ready to tune into the first ever 2012 Fright Night Awards.

Despite it being the fourth most common cancer diagnosed in the United States, blood cancer is far underrated in the public eye. Hoping to change this is Cancer Bites, a national blood cancer awareness and education campaign launching this Halloween. To raise awareness, they’ve teamed up with three other blood cancer organizations to kick off the first annual virtual awards show, Fright Night Awards, on Oct. 30.

There will be 21 categories in total in which nominees will compete to win different Fright Night Awards. And of course, all the awards have a spooky theme. (Think: vampires, werewolves, horror movies, and Halloween!)

Below, you’ll find some of our fave categories and the nominees duking it out for winner. Be sure to check out the Fright Night website to cast your votes Then make sure to tune in Oct. 30 on that same site to see if your faves won.

What’s your fave category? Who do you think deserves to win the most? Blog about it, babes. 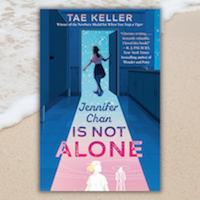 An out-of-this-world story about friendship. Enter to win here!