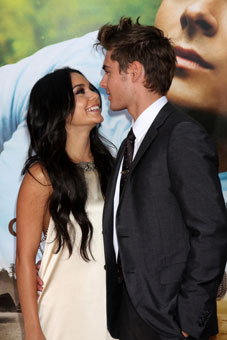 Rumors are flying that Zac Efron and Vanessa Hudgens have split up. And all of our HSM hearts start to break. But, then again, they’re also starting to race. Zac Efron is apparently single once again!


E! Online is reporting the two lovebugs (who’ve been dating for almost four years) have recently decided to call it quits.

There are no claims of a third-party involvement. Just seems like the relationship has run its course.

Do you think Zac and Vanessa are over? Think they’ll be able to remain buds? Blog about it, babes.