Fun ways to show your American pride on the Fourth 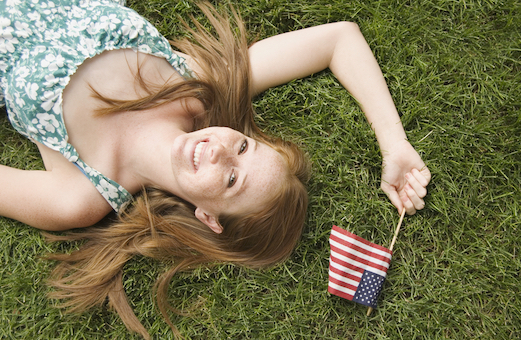 A little background info...
The American tradition started in 1776 and has been celebrated since, even though it didn’t become an official holiday in the US until 1941. In the 1770s, American leaders were fighting for the US to become its own country, not just a British colony.  On July 4, 1776, the American government at the time, the Continental Congress, voted to approve the Declaration of Independence, which announced America’s independence from Great Britain.  Today, Independence Day is celebrated much like it was in the past—with parades, fireworks, bonfires, and concerts.

Fly a flag.
The American flag represents the freedoms that are celebrated on Independence Day, so it makes sense to proudly fly a flag on the Fourth. Just be sure to follow proper flag etiquette (yes, that’s a thing). Learn more about it HERE.

Have a picnic.
Switch up the menu by bringing nontraditional American foods. It’s not all burgers and hot dogs--the US is a mix of people from different backgrounds and cultures, so why not celebrate that through food? It’s a great way to celebrate the nation’s cultural diversity and try something new.

Watch an American classic.
Throw a movie night featuring American-themed movies. Show only movies with ‘American’ in the title or movies by your fave American director. Make a few red, white, and blue snacks for a patriotic evening you’ll surely enjoy.

Quiz yourself and your friends on their US knowledge.
To gain US citizenship, those born outside the country are required to take a 100-question exam all about the United States. Go online and find a mock citizenship exam to test your own knowledge.

Watch fireworks.
Fireworks have been an Independence Day tradition since the eighteenth century. If you’re setting off your own fireworks, be sure to check your town regulations and with your neighbors first and make sure it’s a-okay.

Adopt a new tradition.
Traditions are an important part of the Fourth of July, so why not create a new tradition with you and your friends? Have an Independence Day sleepover or baking contest every year. It’s a fun way to create new memories and celebrate all in one!

Write a letter to a veteran.
Get together with your friends or family to make cards and letters to be sent to your nearest VA hospital. Thank them for their service and wish them a happy Independence Day.

What are your plans today? Share in the comments below!

POSTED IN holiday, fourth of july, 4th of July fun

Which warm and cozy drink are you sipping? 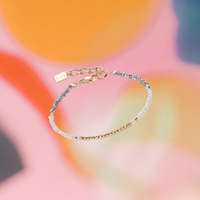