Romantic movies to watch with bae on Valentine’s Day 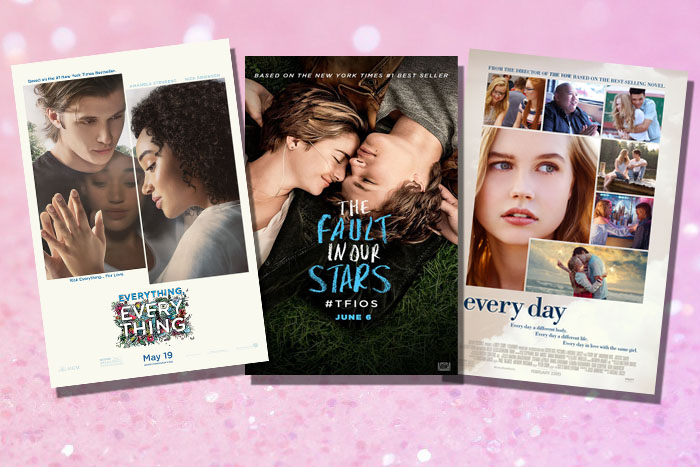 Ahhh, the designated day of celebration for love and affection, aka Valentine’s Day. There is no better way to spend it other than on a comfy couch eating popcorn and candy with bae.

Who doesn’t enjoy a good romantic movie to remind us of how beautiful love can be? Need some inspo on what movie to watch? Try one of our faves below.

Titanic
This movie is a classic love story worth watching at least once per lifetime. The movie is based on the tragic event of 1912 where the largest moving object ever built, the R.M.S. Titanic, sank and brought 1,500 people down with it into North Atlantic’s ice-cold water. With a twist, the film follows a first-class girl named Rose (Kate Winslet) who falls in love with a poor artist named Jack (Leonardo DiCaprio) and almost risks her life to save her new crush against her wealthy fiancée’s orders. You can stream this film for $2.99 on YouTube.

The Fault in Our Stars
If you haven't read the book, The Fault in Our Stars by John Green, or seen this movie yet you are in for a surprise. A real “tear-jerker,” this romantic drama is about two teens,  Hazel (Shailene Woodley) and Gus (Ansel Elgort) who meet in a cancer support group and fall in love. That’s all that can be said without spoiling the film! To watch, stream it on YouTube for $3.99.

Everything, Everything
This movie is based on Nicola Yoon's young adult novel, Everything, Everything, published in 2015. Amandla Stenberg plays a teenage girl who is tired of being confined to her home due to an immunodeficiency that makes her allergic to almost everything. Life seems to get better for her as she begins to communicate with the boy next door (Nick Robinson). You can stream it on HBO Go for free with subscription, or on YouTube for $3.99.

Every Day
If you’re still in the mood for Romantic films after Valentine’s Day, stop by the movie theatres to see Every Day. The movie is an adaption of David Levithan’s New York Times bestseller, Every Day. Rhiannon (Angourie Rice) is a 16-year-old girl who falls in love with a mysterious spirit named “A” who takes on a different body every day. They have to work each day to find each other as each day is different, literally. You can buy the flick on YouTube for $15.99.

What movie do you plan on watching with your S.O.? Let us know in the comments below!