Sooo Into a Skater Boy! 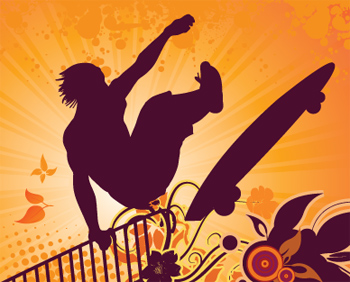 Ok, as stupid as this is, I am in love with a skater boy. It's almost like on Gilmore Girls when Rory tries so hard not to love Jess because she knows he's bad, but she can't help it. My cutie is the same way, he's bad. He cheats on girls and things like that, but when he wants to he can be SUPER sweet.


It's tough because I used to like him in 4th grade and when I realized he was bad, I tried for four years to forget him. I wouldn't even admit to myself that I liked him. But just two days ago, I realized that I couldn't hold it in any longer. And after this realization I thought about him 24/7. I can't stop and I don't know what to do. It such a relief to even let myself admit that I still like him. What do I do? Help me!

I think you've got the dreaded curse that a lot of us girls out there face. Why do we always like the bad news boys? And it's always the same song and dance too. We know that they're bad, but somehow think that when they're with us it will be different and that they'll change. But let me tell ya girly...this rarely, if ever, happens. If he holds a steady track record for cheating on his GFs, then most likely he'll cheat on you too. All the warning signs are there, so proceed with caution.


Sometimes no matter how many times we tell ourselves it's a bad idea and no matter how many friends tell us it's a no no, we gals still throw caution to the wind and give these guys a chance. And the only way we learn our lesson is to experience heartache first hand. With this said, I think you have two choices:


1. Take a leap of faith and go out with him. The chances of heartache are high, but if you just can't shake him, I don't see another way. And if/when things do go sour, you'll realize this one is not a keeper. On the other hand, he could be the .1% of guys out there that actually do change. For your sake, let's all hope this to be true.


2. Look around for another hottie. You're so focused on this one feller that you're probably missing all the other potentials out there. If ya give your eyes more scope and range, you'll soon see that there are better fish in the good old sea. Once you find one, you'll forget about this guy in a heartbeat.

ARE BOYS GIVING YOU THE BLUES? CLICK HERE to submit your own problem to be answered on Girl Talk. 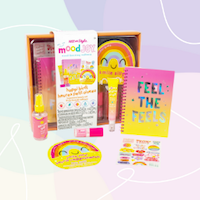 This kit from Just My Style is your next beauty BFF. Enter to win here!