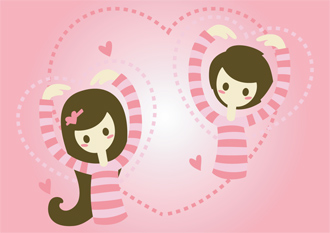 OK. I am really confused about this boy that I like. Well, today in class for no reason he says my name out loud. But, when I looked at him after he said my name, he looked at his desk.


Later when we were heading home on the bus he taps my shoulder. When I look to see if it was him, which it was, he just looks at me with this weird-faced smile. A few days ago he was saying my name a lot to other people, I couldn’t make out what he was saying though.


Last week I overheard him saying that he likes this other girl. But this week he doesn’t mention her and starts saying MY name. This guy is not really my crush by the way. I am really confused! What do you think about this guy? Do you think he likes me or what?

Before you jump to any conclusions, you should try to find out what he’s been saying to other people when he’s mentioned you. Casually approach the people he was talking to when you overheard him saying your name and ask them what it was about. There’s definitely a reason you’re the topic of all his conversations!


If it turns out he does like you, you have to decide how you feel about it. If you don’t really have a crush on him, and he doesn’t seem to be putting actions to his words, then it’s not worth the trouble. But, if he seems like someone you’d be interested in, stick with your usual get-the-guy routine and see how he responds.