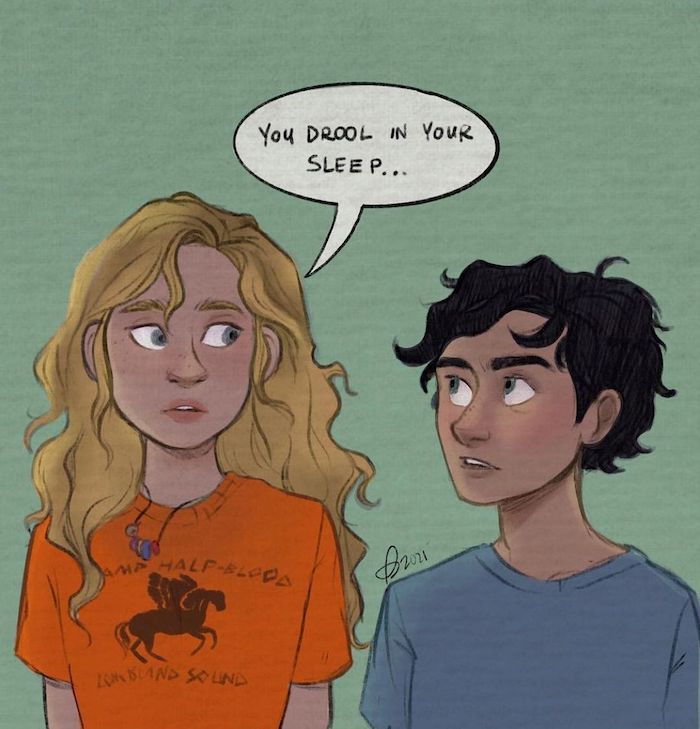 If you're anything like I was in middle school, then you know what it's like to be *completely* obsessed with the Percy Jackson series. I was addicted to reading fan theories on Tumblr and eagerly (albeit naively) awaited my invitation to Camp Half-Blood every summer. Each page of the series came packed with adventure, mystery and fantastic characters. One of the most relatable and interesting characters in the series was the one and only, Annabeth Chase.

This iconic demi-god took the spotlight as a refreshingly realistic portrayal of a middle school girl, especially for a fictional female character written in the early 2010s. In honor of Annabeth's birthday, which just passed on July 12th, I've rounded up all of the reasons that Annabeth was such a perfect role model to me when I was in middle school.

Annabeth Chase ranks as the smartest character in the PJ series—hands down. As the daughter of a Havard professor and the goddess of wisdom, Athena, Annabeth is a born quick-thinker, a talented battle strategist and an incredible leader to her peers. While Annabeth rocks her token Yankees Baseball cap and honey waves, she is anything but a "dumb blonde." We love to see those harmful female stereotypes debunked!

Annabeth represents a tough, female warrior who faced her fears, explored her own identity and fought for what she believed in while *still* only a teen. We witness Annabeth confront her intense fear of spiders in The Mark of Athena during her battle with Arachne, mother of all spiders. Reading about a girl my age battling her worst fear was a special experience for me in middle school. The strength and willpower she displayed were in a word: enlivening.

At the being of the series, she was very stubborn and proud. Annabeth admitted to having a large sense of pride because she believed she could do anything—even best the gods. This portrayal of her own self-awareness is a great lesson for young girls: We all have our flaws, but we can acknowledge their existence and improve upon them. 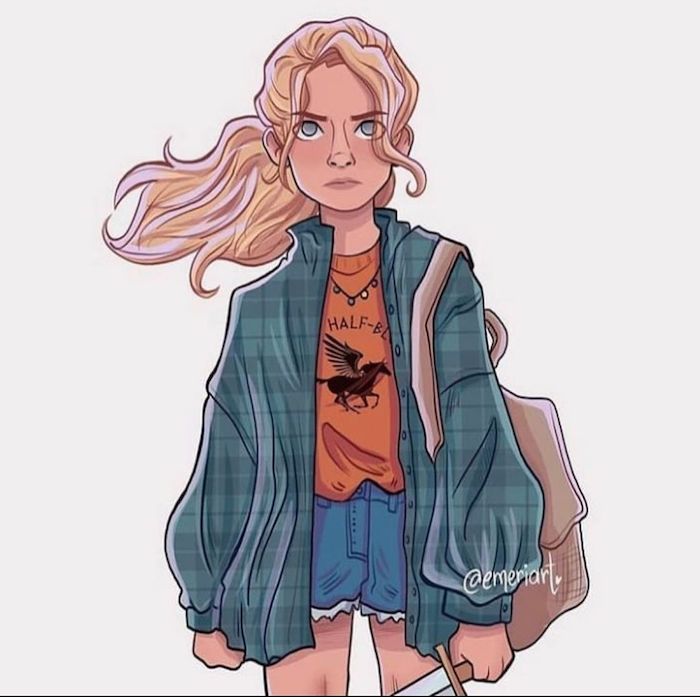 Annabeth shines through her brains and brawns, but she is also remarkable due to the complexity of her character.  Unlike other female characters written during this time period, Annabeth doesn't fall into a stereotype—the nerdy-girl, the athletic-girl or the pretty-girl—Annabeth is all those and more. Shoutout to Rick Riordan for writing such a strong and multi-faceted female character. While Annabeth had her obvious flaws, she was still portrayed as a hero throughout the series.

This message lends hope to all young girls, allowing them to be imperfect while still striving to fight for what is right. Under the constant societal pressure to be pushed into a box and fit certain female stereotypes, young female readers can look up to characters such as Annabeth Chase to portray what middle schools girls are actually like. They are complex and flawed, but nonetheless, special and worthy of being unapologetically true to themselves—just like my girl Annabeth.

Tag us on Twitter @girlslifemag with your fave Annabeth Chase moments!