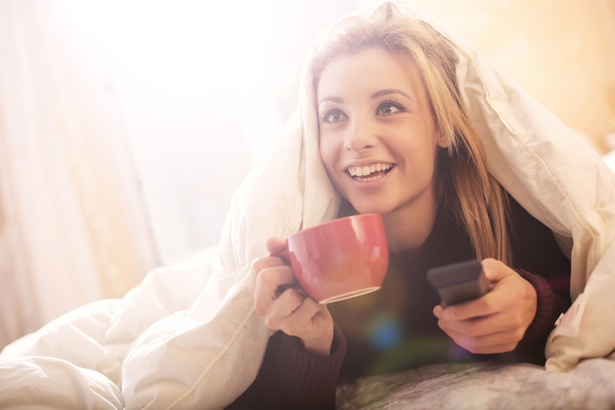 If you have popcorn (and a comfy couch) you're ready to dive into Fall TV. There are plenty of faves returning—and some exciting new series you'll immediately want to binge! Don't take our word for it: Tune in this Fall and find your new number-one show. Here are five to look out for: 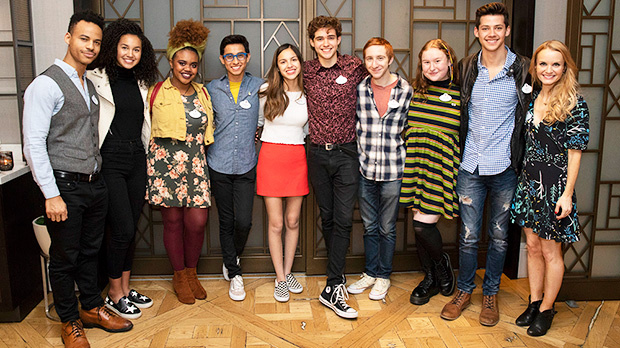 If that title isn't giving you all the 2000s-nostalgia feels, that might be because you're confused. It's HSM, and it's a musical, and it's a show? Let us clarify: the show, which premieres exclusively on the Disney+ streaming service November 12, follows a group of fictional characters auditioning to play the fictional characters—Troy, Gabriella, Sharpay, and others—in a production of a stage musical based on the movie High School Musical. There's all the drama you'd expect goes on behind the scenes of a real high school musical. Plus, there are new songs and revamped versions of old songs, so Wildcats old and new can enjoy.

John Green's debut novel Looking For Alaska is the poignant, humorous and tragic story of Miles 'Pudge' Halter's relationship with an elusive and incredible girl named Alaska Young. Fourteen years after the book's publication, it's finally getting a TV adaptation! Starring Kristine Froseth (who played Veronica in Sierra Burgess is a Loser) as Alaska, this show is guaranteed to hold a special place in your heart. Like the book it's based on, it has witty characters, serious themes, and John Green's trademark heartbreaking love stories. Grab your tissues and catch it on Hulu on October 18.

3. Gabby Duran and The Unsittables

A lot of girls can relate to having to babysit, be it for younger sibs or a neighbor's kid. Not so many can say they've babysat for aliens—which is the premise of the new Disney Channel series Gabby Duran and The Unsittables. Gabby is a fearless tween who has to deal with constantly being shown up by her perfect fam. The extra-terrestrial babysitting job is her chance to shine, if she can pull it off. Tune in to the Disney Channel this October to watch the madness play out!

4. Are You Afraid of the Dark?

The Nickelodeon nightmare-fest Are You Afraid of the Dark?  ran from 1990-2000, and now the Midnight Society is back for a 2019 reboot. An anthology series, each episode will feature a new spooky story bound to give you chills. Our advice? Don't watch alone! The series doesn't have an exact premiere date yet, but keep a lookout for any announcements from Nickelodeon—especially around Halloween.

You've probably noticed a trend with the shows in this article: almost all of them are adaptations! Netflix's Green Eggs and Ham, based on the classic children's book by Dr. Suess, is no exception. With Ellen DeGeneres helming the animated show as an executive producer, it's bound to be a funny take on the adventures of Sam-I-Am. It will be added to Netflix's lineup in the Fall.

Which of these shows are you most excited for? Drop a comment below!

*All* your period questions, answered

From tampons to cramps, there's no need to stress about your period. Inspired by the graphic novel Go with the Flow, we've got answers to *all* your most pressing period Qs right HERE.