Kelsea Ballerini is so proud of how honest Unapologetically is 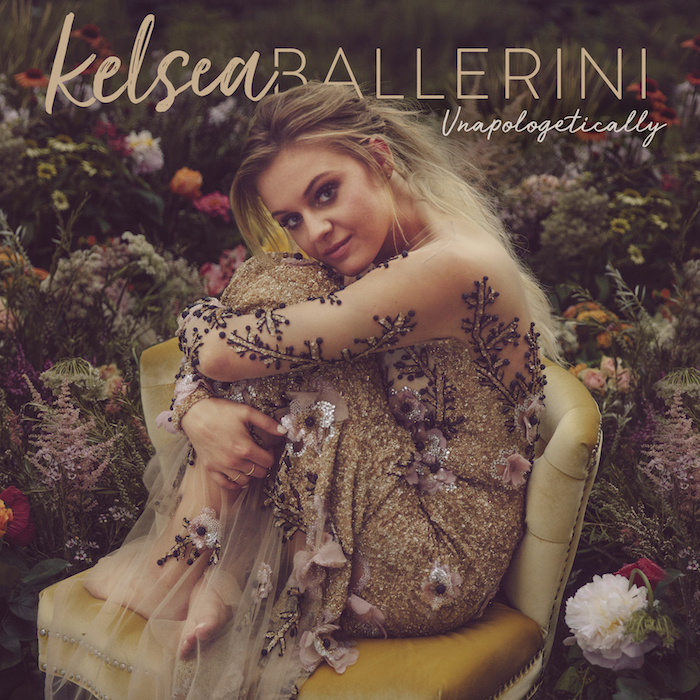 Life is full of surprises—especially when you're country-pop singer Kelsea Ballerini. One day, you're just a teenager at a meet-and-greet waiting to snap a pic with Taylor Swift. The next, you're onstage with her in front of more than 10,000 screaming fans performing your first #1 single.

If it seems like Kelsea came out of nowhere, well, she did. She moved to Nashville at 15 to launch her music career, and released "Love Me Like You Mean It" in 2014. The strength of that song soon landed her a spot on Taylor's 1989 Tour stage...and things just took off after that.

Now 23, Kelsea is country music's golden girl. The first three singles on her debut album, The First Time, hit the top spot on Billboard (something a female artist in country music hasn't achieved in 25 years!), earning her a nomination for Best New Artist at this year's Grammy Awards.

Her sophomore album, Unapologetically (it dropped Nov. 3), is a collection of honest, vulnerable and straight-from-the-heart songs—something Kelsea says she's super proud of.

"At first, I was overthinking everything," she admits about writing the album. "But I just had a moment where I was like, 'Don't worry if there are hits on it or if it's on the radio. Just write stuff that you love."

The result? Songs that speak to significant moments in her life—from the darkness of her first heartbreak to the light of discovering her true self and meeting her fiance and fellow musician, Morgan Evans. The first single on the album, "Legends," reflects a little bit of both.

With new music finally here, Kelsea is now eyeing a tour inspired by her idols, Taylor and Beyoncé.

"I really want to put on an arena tour with all the bells and whistles, that's my dream," Kelsea shares. "I grew up saving my money to get nosebleed tickets to concerts and living for these butterfly-inducing moments—and I want to create them, too."

You can pick up Unapologetically right here.

A version of this story originally appeared in the October/November 2017 issue of Girls' Life magazine.