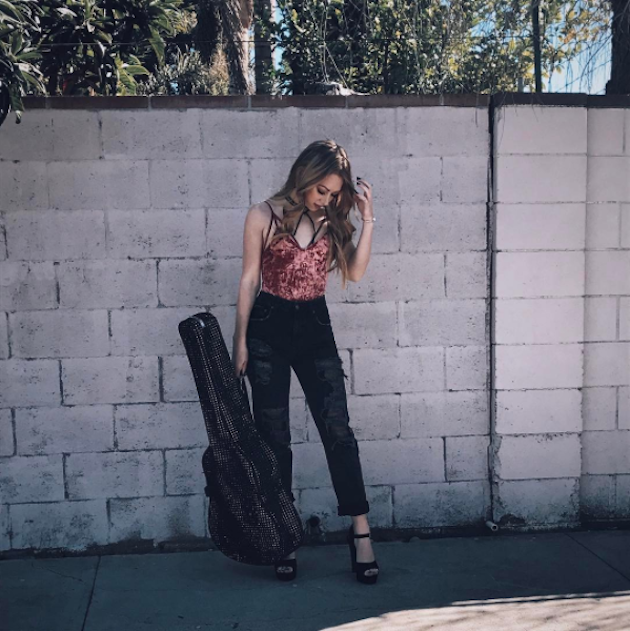 After years of working on her upcoming album, Kylie Hughes has *finally* released the first single off the album—and we are obsessed! Released exclusively on her Myspace page this Sunday, the song is titled "Heat" is sure to get you off your feet.

The California-based singer-songwriter released her debut EP, Calipopicana, back in 2014 and after three long years we're excited to hear the new direction her music is taking. When GL talked to Kylie about the track, she said, "The song was really fun to write and because it's so poppy it's fun to perform live and see the crowd moving and swinging their hips." Kylie has a strong love of muscle cars and movies like Footloose, too, which shine through in the song (and judging from this Instagram post, that love looks like it's spreading to an upcoming video!).  After she released the song, she told MySpace, "'Heat' was one of those songs that just wrote itself.  The song gives me that carefree/reckless feeling."

Her self-titled album is coming to headphones near you on May 26, and if the rest of the tracks are anything like "Heat," we can't wait to listen! Check out Kylie's site here to stay up-to-date on all of her latest music.