The biggest celeb OMG moments of the week 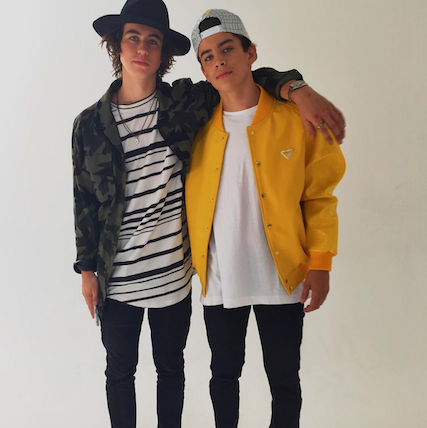 School is back, but another week of classes means we’re one week closer to a break from school. With tests, homework and sports practices already taking over your schedule, it can be hard to stay in-the-know with everything that’s happening with your favorite celebs. We’ve got the 4-1-1 on who is coming back stronger than ever and who is going to put their dance moves to the test. Read on to find out.

It feels as if Rumer Willis and Val Chmerkovskiy were just awarded the Mirror Ball trophy for Season 20 of Dancing with the Stars, but season 21 is already beginning. Some of the biggest celebs of the season include animal activist Bindi Irwin, Vine star Hayes Grier and both Alexa and Carlos PenaVega, plus former Backstreet Boy Nick Carter and current singer Andy Grammer. We are so excited to see what amazing dance routines they produce this season and who has the best dance moves of them all. The fun begins on September 14th on ABC with the season premier.

What Do You Mean?

Justin Bieber finally returned to the live television stage this past weekend during MTV’s Video Music Awards and we couldn’t be more excited about his future. Not only did Justin do a mash-up of his hits "Where Are U Now" and "What Do You Mean," but his dance moves and inspirational words showed how far he has really come over the past few years. At the end of his performance, Justin turned emotional and began to cry. After many people speculated on the reasoning behind the emotion, Justin appeared on The Tonight Show with Jimmy Fallon to explain the performance. “It was so overwhelming for me, everything, the performance,” said Bieber. “I just wasn’t expecting them to support me the way they did.” Now that we understand that Justin wasn't sure if he would be boo’d or not, and decided to still put himself on the line, we know that the Biebs is ready to get back on his feet and make these next few years his best yet.

In a recent interview, Russell Hicks, president of content and development at Nickelodeon, hinted that some of our favorite past Nickelodeon shows may be getting a reboot in the near future. Among those shows is one of our all-time favorites, Victorious! Although the show had a rather unexpected ending, we’re excited to see the potential fresh, new spin put on the show. There is nothing set in stone, but we’re hoping that this becomes reality.

The Great White Way is known for turning some of our favorite movies and stories into beautiful musicals and dramas. From Cinderella to Finding Neverland, all have become instant hits. Recently, there have been reports that the biggest hit show on Nickelodeon will be joining their ranks: The Spongebob Musical is heading to the stage and is set to premiere in Chicago before heading to New York City for the 2016-17 season. The show has already gained a massive following with stars like John Legend and the Plain White Ts set to create original songs for the show, and we can’t wait to see the final product.

Which celebs made you go, "OMG!" this week?

POSTED IN Nickelodeon, Victorious, Dancing with the Stars, Justin Bieber