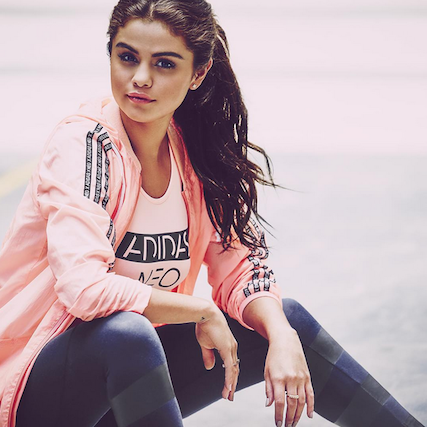 We’ll be the first to admit that this week has flown by, but it’s been just another week for some of our fave celebs who are used to all the hustle and bustle of the summer. We saw tour announcements, new previews and tons of excitement! Read on to get the 4-1-1 on what happened in Hollywood.

Former How To Rock star Max Schnieder is heading out on the road and releasing new music. Now going by MAX, he has been touring across the US as part of the Boys of Zummer Tour featuring Fall Out Boy, Wiz Khalifa and Hoodie Allen, but soon he'll be headlining his own tour, Sounds Like Gibberish. The shows kick off in Tucson, AZ on October 6th following his new single "Gibberish," featuring Hoodie Allen. We are so excited to hear new music from MAX and see what he continues to do.

After the new hit movie Inside Out completely crushed it in the box office, Disney and Pixar released the highly anticipated trailer to their new animated flick, The Good Dinosaur. After being postponed almost two years due to director changes and production issues, this film is finally set to release at Thanksgiving. Focusing on the unlikely friendship between a young boy and a dinosaur, this is bound to be a heartwarming and insanely popular movie. Click here to watch the emotional trailer that will leave you wanting more.

It’s been months since we first heard that Disney Channel show's Jessie would get its own Ross kids-centric spin-off, BUNK'D. Now we're finally are getting a peak inside what is to come when the show premieres on July 31st at 8 pm. Two trailers were released that are making fans even more excited for the show, especially with the introduction of a cutie named Xander (who we're sure Emma will fall for). With the Ross kids spending their summer at the camp where their parents first met, it’s obvious that hilarity is bound to happen.

After months and months of waiting, it’s finally here: Selena Gomez has officially announced that her upcoming album Revival is set to be released on October 9th. Sel gave the news to her 38.2 million Instagram fans by uploading a video of her in the studio writing the name and date for her album on a piece of paper. If her hit song "Good For You" is any indication of what her next album is going to be like, we know it’s going to be her best one yet. Selena has shared that she's gone completely out of her comfort zone with this album and we’re sure it’s totally going to pay off. Why can’t it be October already?

We're just one week away from seeing Disney Channel's most recent original movie, Descendants, and we're not sure we can wait until then. Luckily, Disney could tell how antsy we were getting and decided to throw us a bone. In a special new clip, they're premiered the first six minutes of the movie, including the dancy-dangerous number "Rotten to the Core." Are you ready to get wicked with Mal, Evie, Carlos and Jay? Don't forget to tune in to Disney Channel next Friday, July 31st at 8 p.m.

Which celeb made you go, "OMG!" this week? Tell us in the comements below.