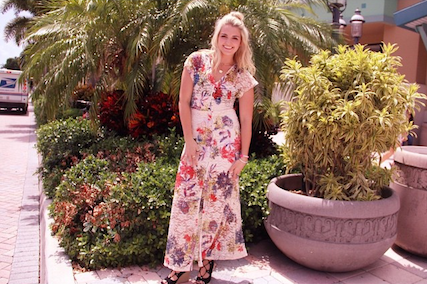 July's a time to kick your feet up and relax, but instead, some of our favorite celebs are getting busy. Check out what they've got on their plates this week, from a long-awaited revival to some seriously awesome releases.

We couldn't wait for Grease: Live! ever since it was announced that Julianne Hough and Vanessa Hudgens would be re-creating the roles of Sandy and Rizzo. Now, the wait seems even longer since it was just announced that Carlos PenaVega from Big Time Rush will be the new Kenickie. Plus, Aaron Tvveit, who killed it on screen in Les Miserables, will be the new Danny Zuko. With this all-star cast giving this classic hit a new twist, we know the show airing live on January 31st, 2016 is one we won't want to miss.

R5's highly anticipated album, "Sometime Last Night," finally hit shelves and we’ve been jamming to the songs all day long. The band did a Twitter livestream to celebrate the release and spilled tons of behind-the-scenes info about how they wrote the songs and their favorite moments from creating the album. With plenty of tunes to jam out to, we know this is going to be the album of the summer.

Let’s be real, when we first heard the news of Ariana Grande licking donuts at a bakery and making hateful remarks about America, we couldn’t believe it. Though Ari tweeted out an apology about the incident, there's been tons of backlash—so much that she even apologized again, this time in a video. “Seeing a video of yourself behaving poorly, that you have no idea was taken, is such a rude awakening, that you don't know what to do—I was so disgusted with myself," Ariana admitted, taking full responsibility for her actions. We’re hoping that this crazy and weird incident gets put in the past and that she learns from the experience in order to continue killing it at her concerts.

On The Road Again

One Direction’s amazing tour On The Road Again finally hit the United States when it had its first concert in San Diego on July 9th. After hearing about and seeing all the pictures of the boys on stage during the first leg of the tour, the fact that they’re back in America is making us squeal. They've also put their huge legion of fans to work making the world a better place with their new initiative Action/1D, where fans can tweet, Instagram and post videos using the hashtag #Action1D to share how they can make the world a better place, and tell everyone the things they want to see to make that happen.

We saved the best news for last, but we’re sure by now that you've already heard: R5's Rydel Lynch is gracing magazine covers once again. But this time it's not any regular GL—it's her very own 100% Rydel bookazine called Rydel: Rock Your Life, Every Girl's Guide to Fashion, Fitness, Friends, Fun (And Everything Else!) In her issue, Rydel is giving readers the inside scoop on how she makes every day amazing. From beauty and fashion tips to how she deals with being the only girl on the road, this is one bookazine that you’re not going to want to miss out on. Plus, when R5 swings by your town, Rydel just might be doing her very own signing of the issue. Check out if your city's on the list.

Which celeb made you go, "OMG!" this week? Tell us in the comments. 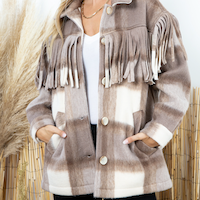 Let us introduce you to the Stoosh by 26 International plaid shacket of your dreams. Enter to win here!