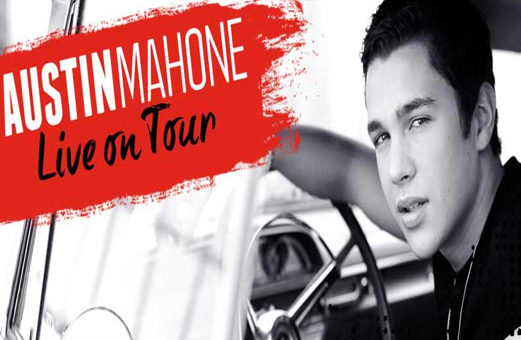 We had so much fun hanging out with The Vamps at our second annual Fash Bash on Tuesday that we just had to go to see them open up for the dreamy Austin Mahone that night at Pier 6 Pavillion in Baltimore.

Vine sensation-turned-star musician Shawn Mendes and the lovely ladies of Fifth Harmony did a fab job of warming up the crowd for The Vamps and Austin.

If you follow Camila Cabello of 5H on Instagram, then you already know about the little mishap that occurred during their performance. Camila posted a snippet of the girls performing their most recent hit “BO$$” but the choreography didn’t exactly go as planned…at least for C. She lost her balance mid performance causing her prop chair to take a tumble. Camilla handled it like a pro and ended the song with a bang. Props to you, girl! 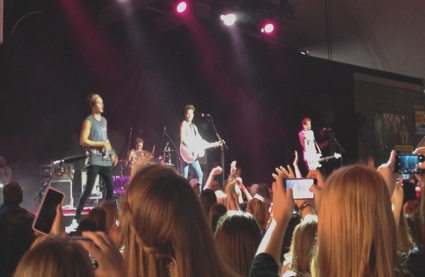 The Vamps Turn Up the Volume

Next up, our babes in The Vamps played an unforgettable set. Fans waited with phones poised to take pics as the boys jumped on stage and into their first song, “Wild Heart” (which definitely made our hearts go wild!).

In addition to their super entertaining personalities, the rest of their performance was incredible. They didn’t miss a beat and their nonstop smiles were truly impressive. Brad Simpson is possibly the most energetic lead singer we’ve ever seen. And when he wasn’t strumming away on his electric guitar, he was dancing in circles and reaching out to fans near the stage, never forgetting about those in the back.

Also included in their set was their single “Somebody to You.” It was amazing live and we can’t wait to hear it on the radio. We’ve been requesting it constantly. Have you?!

Their set might have been short and sweet, but we think it’s safe to say that The Vamps made the most of their time in beautiful Maryland. 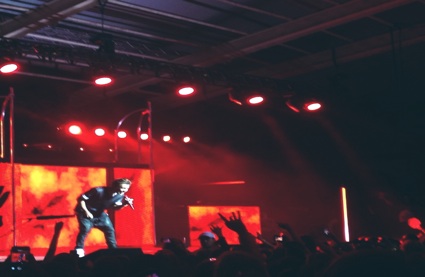 After the Brits were done rockin’ the house, it was time for the adorbs Austin Mahone to take the stage. When he did, the screams definitely rivaled the ones heard when we saw One Direction last week… (shhh, don’t tell Harry Styles!).

Austin didn’t waste time getting his groove on. His opening song, “Banga! Banga!” had the crowd out of their seats and on their feet. The first part of Austin’s set was so high energy that after a few more songs and killer dance moves, he decided to catch his breath by taking a seat and strumming out a few slow tunes with his acoustic guitar.

Austin showed off his versatility by playing not only his original songs, but some covers, too. He performed “Check Yes or No” by country singer George Strait, and “Human Nature” by the legendary Michael Jackson, managing to hit every note. After an on-point rendition of John Legend’s hit song “All Of Me,” Austin picked things back up and had his fans dancing again.

The closer, “Mmm Yeah,” is where Austin really impressed the crowd. Not only were his vocals on point, Austin proved to be much more than just a singer with his moves. During this song, he was really able to hang with his professional dancers and completely wow his fans.

Did you see The Vamps and Austin Mahone this summer? Share in the comments below.