It's a cutie night on Disney XD

If you’re lookin’ for a way to beat those Monday blues, we’ve got a perfect solution for ya. Enter Disney XD to save the day! Starting at 7 p.m. ET/PT tonight, there will be a fierce lineup of new episodes of your fave shows to watch. And what’s even better is that they’re all about the holidays! What better way to start off the week than cozied up on the couch watchin’ shows full of cuties, are we right? 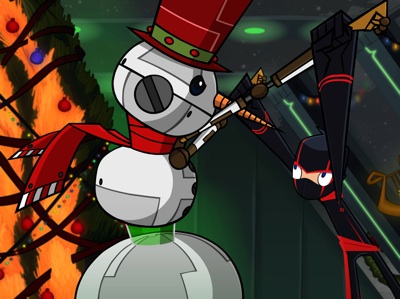 The night of fun starts at 7 p.m. ET/PT with a new episode of Randy Cunningham. When Randy goes to the forest to get sap from a sacred tree to restock his Ninja gadgets, he’s beat by McFist who snags the tree first. Randy then has to pose as a Ninja Santa to sneak into McFist’s party to steal back the tree and get his sap, but he runs into a bit of trouble with a robot snowman and his team of elves. 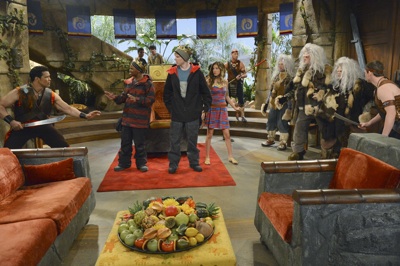 At 7:30 p.m. ET/PT, the night continues with a brand new episode of the hilarious hit, Pair of Kings. When Boomer finds out that he and Boz don’t share any fond brotherly memories like he and Brady do, he hatches a plan to recreate a ski-trip from his childhood. But when he finds out that the land he wants to build his ski resort on is occupied by Yetis, Boomer kicks them off their turf and attempts to teach them how to be civilized. 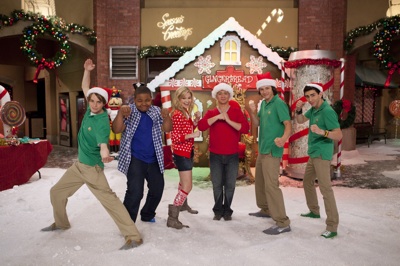 The fun finishes with a new episode of Kickin’ It at 8 p.m. ET/PT. Rudy volunteers Jack, Jerry and Milton to work at Santa’s village in order to teach the gang about the holiday season. But even with their good intentions, the plan backfires when the lead elf gets the gang banned from the mall, labeling them “the kids who stole Christmas.” Now, they’ve got to prove their innocence while Kim and Eddie battle it out in a holiday window display contest.

Want more Disney XD cuteness? Be sure to check out your December/January 2013 issue of GL (on stands now!) because we got the stars from these shows to spill on the best Xmas gifts to get a guy.

Which show are you most pumped for? What’s your best tip to guy gift-giving? Blog about it, babes.