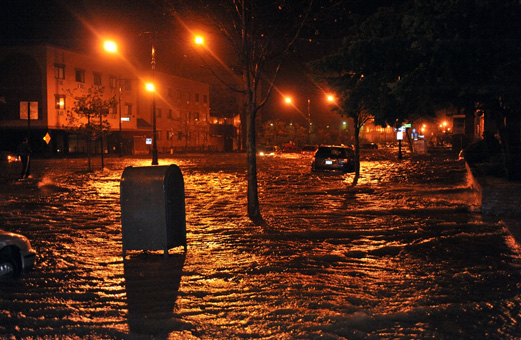 Hurricane Sandy really did some damage to the East Coast earlier this week, and many of you experienced it firsthand. The effects of Sandy are really serious: she killed 82 people in the United States and Canada, caused dangerous floods and knocked out power for millions of people. Emergency teams are still struggling to reach a lot of people and it is unclear when they will be able to restore all of the damage done by this massive superstorm.

So, what can you and your fam do to help? NBC is hosting a benefit concert to aid the victims of Hurricane Sandy tonight, called Hurricane Sandy: Coming Together. The performers and appearances are set to include Christina Aguilera, Sting, Brian Williams and Jimmy Fallon, as well as New York and New Jersey natives Bruce Springsteen, Jon Bon Jovi and Billy Joel.

Sounds like fun, right? And all of the money collected from phone-in donations will go to the American Red Cross relief efforts. So be sure to tune in tonight at 8 p.m. ET (it will be tape-delayed on the West Coast) to help show your support. The telecast will air on any NBC Universal channel (NBC, E!, CNBC, USA, MSNBC and Bravo).

The support won't stop tonight, though. The Disney/ABC Television Group also just announced they'll be designating this Monday, Nov. 5, as a “Day of Giving” across network and syndicated programming. Good Morning America is going to devote its entire 8 a.m. hour to raising money for Sandy Relief efforts, and other shows like LIVE with Kelly and Michael and Dancing with the Stars will incorporate the “Day of Giving” message into their programming. Amazing!

Have you and your fam been impacted by Sandy? Blog about it, babes.

POSTED IN concert, charity, do gooder