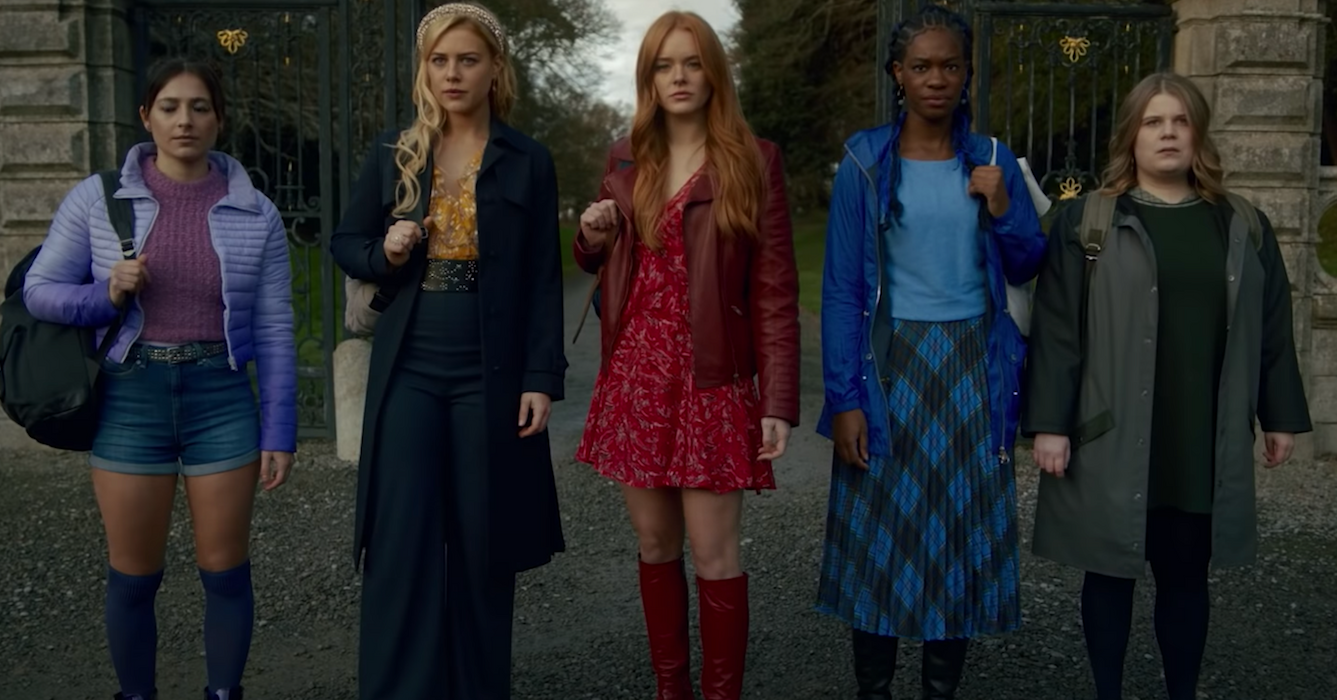 After much anticipation, Netflix released the trailer for Fate: The Winx Saga on Dec. 10, hoping to *spark* up nostalgia for the live-action version of the iconic 2004 cartoon series Winx Club.

As soon as the video was uploaded fans were quick to tweet and comment on their disappointment in the trailer and its dark and Riverdale-ish tone.

In the original cartoon series, the Winx Club was filled with bright, charmful colors and had a bubbly, whimsical tone as characters Bloom, Stella, Flora, Musa, Tecna and later Aisha (or Layla) learned how to use their fairy powers while dealing with everyday teen problems like schoolwork and boyfriend drama, plus saving the day by defeating the witch trio The Trix.

Fans argued the live action forgot its Winx fairy charm, replacing it to be a Chilling Adventures of Sabrina/Charmed wannabe.

They had ONE job, revive the OG aesthetics of the cartoon and they FAILED MISERABLY 😭😭 This had SO much potential!!! I'm done with genre of "Dark drama" give us FUN STUFF!! 😭😭 pic.twitter.com/ezBwsdvqYG

One of the biggest issues with the series is the white-washing of two main characters Musa and Flora. According to Winx Club creator Iginio Straffi, Musa was based on actress Lucy Liu and singer-actress Jennifer Lopez inspired the character Flora, making the characters East Asian and Latina respectfully.

Fate: The Winx Saga's Musa is played by white actress Elisha Applebaum and Flora's character was re-written as Terra a white character with the same nature powers played by Eliot Salt. Fan favorite, Tecna is missing from the line-up causing confusion amongst fans due to her being a prominent, main member of the Winx Club.

Erm did you just ... white wash the Latina and Asian fairies??? Seriously like you couldn’t find 2 people of colour! What even?!
Also... did you just erase Tecna? Yo... what a hot mess pic.twitter.com/u1CH0mGTuF

The live action series was also hit for its style choices for the characters. The cartoon series was known for its Y2K fashion pieces and real designers worked with the animation team to create a wardrobe that match the Winx girls personalities. The trailer showed the character wearing "mature" and dull clothing. None of the outfits showcased the girls individuality and unflattering to look at.

It's no surprise that most teen TV shows cast actors in their 20s and early 30s but critics argued the actresses were *too* old to pass as 16 year olds. Other changes in the story include changing Musa's fairy power from music to mind magic, the infamous Trix will not make an appearance and has been morphed into one character called Beatrix and the once enchantingly pink Alfea College for Fairies changed into a dark and dismal castle with headmaster Faragonda being a drunk and hating teenagers.

As of now, neither Netflix nor the live action series creator Brian Young issued any statements about the white-washing controversey and the other changes. Fate: The Winx Saga will be streaming on Netflix on Jan. 22

Will you watch Fate: The Winx Saga? Let us know @girlslifemag

POSTED IN In The News, Netflix, trend