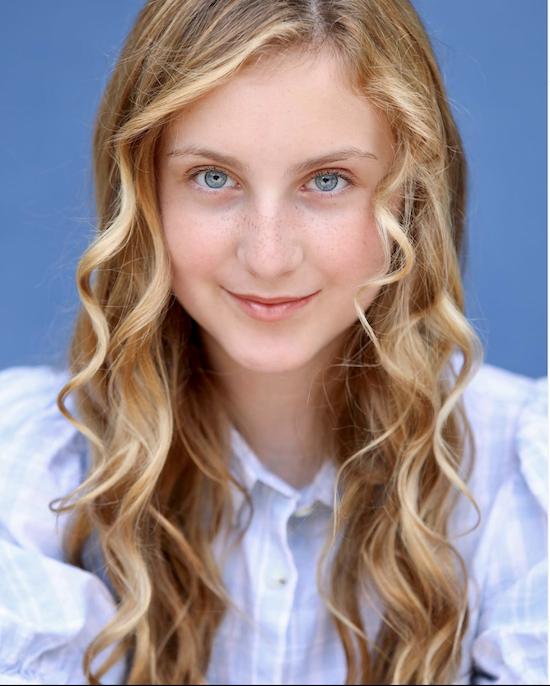 Whether she is singing, dancing or acting, Kyla Carter is happiest on stage. A freshman in high school, Kyla has already amassed an impressive professional resume, with two stints on Broadway, a successful YouTube channel and a role in the popular animated series, Trolls: The Beat Goes On.

When Girls' Life caught up with Kyla, the rising star opened up about her biggest inspirations, her plans for the future and what other girls should expect when they enter the entertainment industry.

Girls' Life: What originally drew you to the arts?

Kyla: When I was 4 years old, I saw a TV ad for the Shirley Temple CDs. I called over to my parents and I was like, “I really need these.” When I got them, I watched the movies at least a thousand times, both in color and in black and white. When I saw what Shirley Temple was doing, I realized that I wanted to be like her—and here I am now!

GL: Between singing, acting and dancing, what is your favorite form of expression?

Kyla: They’re all so good, but I would say singing. It pains me to say, because I love them all so much, but singing is the original thing that I wanted to do. Singing and songwriting really help me get out my emotions and it’s intertwined with other forms of art. 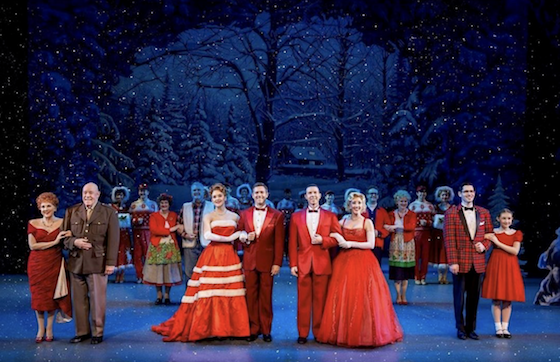 GL: What was it like to be on Broadway at such a young age?

Kyla: Broadway has always been really near and dear to my heart. My first time traveling with a show was The Sound of Music with Jack O’Brien. I had the honor of playing three roles throughout my eighteen months on that tour, and I wouldn’t trade that experience for the world. Being on stage with so many talented people was incredible because I was able to develop my skills, make connections and basically take a masterclass from the other performers. My second Broadway experience was called White Christmas, and I was in that for the past two years. It was very different because I was in a title role. That’s the biggest role I’ve done—I had my own solo and I was in so many scenes. It taught me to be versatile and to manage my nerves. I wasn’t that nervous for The Sound of Music, but I was very nervous for White Christmas because I was like, “Oh my God! I’m a title role and I’m the only kid in the show.”

GL: How did you get into voice work? What are some of your favorite and least favorite things about it?

Kyla: Voice work was one of the first jobs that I ever booked. I got to be on Wallykazam as Hattie the Witch when I was 5 years old. It was the most hands-on experience I think I’ve ever had. I learned so much. I learned how to do voices and how to adapt really fast, which was so incredible. Now I’m on Trolls: The Beat Goes On! One of my favorite things about voice work is that you get to see yourself in a different form. It’s not just you playing a character, because you *are* the character. One of my least favorite things is that you never get to meet any of the cast. When you do voice work you’re just in a recording studio by yourself with a bunch of people giving you directions. I think not being able to see the cast or meet anyone on the show with me was kind of upsetting, but overall I really loved the experience that I had on Wallykazam and on Trolls: The Beat Goes On.

GL: Tell us about CJ Suki and what that role has been like?

Kyla: CJ is so different from me, but I love her so much. She is really cool—a lot cooler than I am. CJ loves her Aunt DJ and would do anything to save her because she is so caring. She is also the coolest hip-hopper, and her catchphrase is “wicky-wicky-what?!” Playing CJ was such a fun experience because when I was on Wallykazam I was almost using my real voice, whereas when I am playing CJ, I am using something totally different. It was really fun to see the character develop and to see the whole show come together.

GL: Could you talk about your creative process when it comes to singing & songwriting?

Kyla: It’s interesting...I am not creative all the time. I wish I was, because that would be amazing, but songwriters are always going to get writer’s block or not be in the mood to write. Whenever I have the slightest spark of inspiration, I will immediately jump on it, and I can write for hours. I think that trusting yourself and knowing that good things take time is important.

GL: What was it like getting to sing for a Netflix show?

Kyla: Oh my goodness, it was so cool! I never thought I would get to do anything like that. When I got my own song I was so surprised and nervous because I didn’t want to mess anything up. I actually recorded it in only two takes. I nailed it the first take and then they needed a second one for safety. I was so relieved after it was done. When my mom and I heard it we both started crying because it was just such a surreal experience. I was like, “That’s me! That is my voice singing on Netflix.” It was just so great.

GL: What prompted you to create your original podcast, Kyla’s Korner?

Kyla: My podcast segment is on the Mark White Show. Mark White is an incredible human being who offered me a segment on his show. The intent of my segment is to spread kindness and positivity. I really love making people feel good about themselves and I know a lot of people, especially around my age, are starting to develop insecurities, so what really inspired me to do the show was spreading positivity. My catchphrase is “live life sunny side up,” which embodies my message, because you have to look on the bright side of things even on a cloudy day.

GL: What advice do you have for other young girls who are interested in entering the entertainment industry?

GL: Do you have any notable New Year’s resolutions?

What do you do in your free time? Dirt biking, four wheeling, fishing, swimming, surfing and art.

Who are your biggest role models? There are so many! Shirley Temple, Kristen Chenoweth, Jack O'Brien and Randy Skinner, to name a few.

What is next for you? I have original music coming out in 2021. I also recently booked a Dreamworks pilot!

You can keep up with Kyla's latest adventures by following her on social media or subscribing to her YouTube channel.

Parts of this interview have been edited and condensed for clarity.