It's Halloween all year round for this TikToker 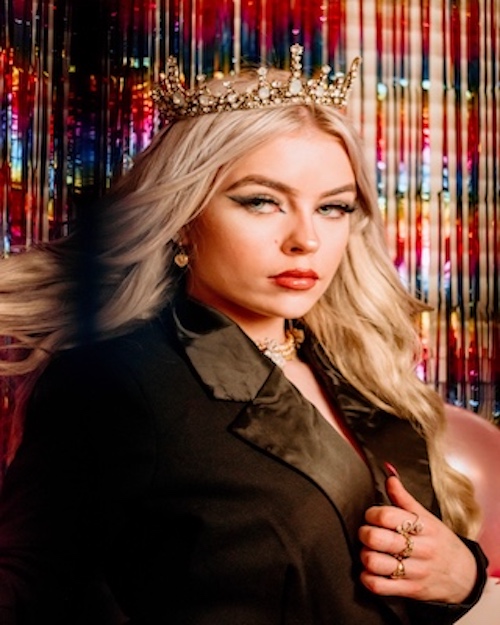 For Emma Norton, it's Halloween all day every day. This TikToker brings amazing characters to life with her *iconic* makeup skills and extraordinary fashion sense. Emma currently has 5 million followers who love watching her skits on TikTok, and they're always eager to see what new looks she has up her sleeve.

Girls' Life talked to Emma about the role makeup plays in her life, her biggest makeup role models, her plans for the future and advice she has for GL girls.

GL: What inspired you to start getting into makeup?

Emma: My love for Halloween, I've always been very involved with fashion and exploring my own creativity so makeup was a new way to take that to the next level.

GL: Where does your inspiration come from for your makeup looks and comedy videos?

Emma: My first inspiration was probably James Charles because he changed the makeup game entirely because of his palette and his looks with his own YouTube channel.

GL: What has been the most complicated and time consuming makeup look you have done on your TikTok account?

Emma: My most time consuming look among a couple of others was a blue tiger look that I did, it took about 5-6 hours so it's definitely among the longest. I actually ended up having to go to the doctor with it on because I forgot I had an appointment so their day was definitely interesting. It was by far my most interesting flu shot.

GL: With Halloween around the corner which looks do you have planned?

Emma: I have a couple of things already prepped that I'll release soon like a demon look that I did. I plan on being Poison Ivy for Halloween so that'll be my primary, but I have some other looks planned like a mummy and movie characters as well.

GL: What was your first reaction when you started to realize how many followers you were gaining?

Emma:  I was so taken back, to be honest, I never expected that it would be a possibility to have my own community and have people follow whatever content I put out there. It's such a blessing, and I took it as a possibility to take TikTok more seriously. I want to do everything that I can to make it work because I have met so many amazing people and had so many amazing opportunities because of it. Due to COVID, it has been tricky meeting people, but I've been so blown away by my conversations with people online such as the Spice Girls commenting on multiple videos of mine, and I can't believe Dove Cameron follows me and that I had a conversation with her. I never expected to be able to have genuine great conversations with these people.

GL: Which celeb's makeup would you *love* todo?

Emma: I think I would want to do Lady Gaga's makeup, Dove Cameron's or Margot Robbie's. Those are the three celebrities I love so much. If I were to do anyone's makeup it would definitely be theirs.

GL: What do you do to block out the haters?

Emma:  I think that everyone on the internet gets hate and it doesn't matter who you are. Unfortunately, I think other people get more undeserved hate than others. To be honest, I have never really been bothered by hate comments, there are some videos that have hundreds of thousands of hate comments telling me to never do my content again. It really doesn't bother me because I think that if someone is gonna take the time out of their day to post negativity on a young person's video that has no intention of hurting other people and is only meant to be fun and creative they probably have some things going on in their lives that are way more difficult than I do.

GL: What's the message you hope to send to society through your videos?

Emma: It's so important not to care what other people think of you and as simple as it sounds it's difficult to do sometimes especially when you feel like you're not being embraced by the people around you. I do what I do because I love being colorful and being a different character every day. I really love bringing people into whatever world I've created for 15 seconds and I want to be able to help other people create their own world and feel safe in their own skin with whatever they want to achieve or whatever they want to be.

GL: What do you hope to accomplish in the future?

Emma: My biggest goal for the near future would be to expand into a clothing brand or a makeup brand someday. With what I do on TikTok it's so cool to see what people create with their products. I'm so into business analytics so that would be a huge goal of mine to have my own product line or do a collaboration with a makeup brand. I'm also incredibly passionate about acting so being able to be in a show or a movie, or even direct something later on in life would be a huge accomplishment for me.

Emma: No matter what anyone else is saying to bring you down you should always feel like as long as you are being kind, being true to yourself and living life to the fullest, there is no limit to your potential. Those people that try to bring you down can't if you won't let them.

Be sure to follow Emma on TikTok and Insta for *all* the festive makeup inspo! 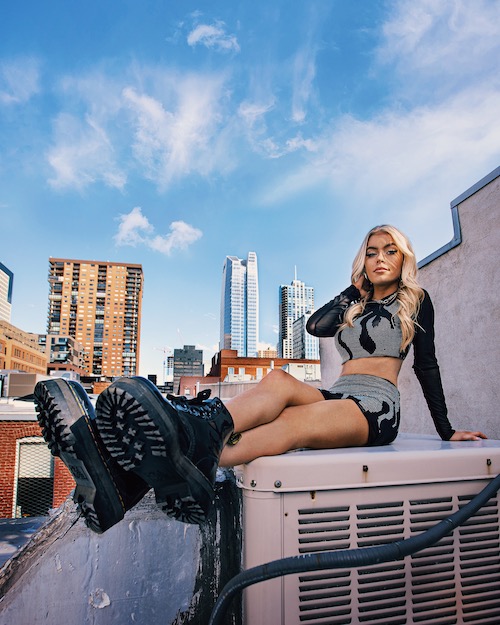