Montana Jacobowitz talks acting, singing and being an advocate 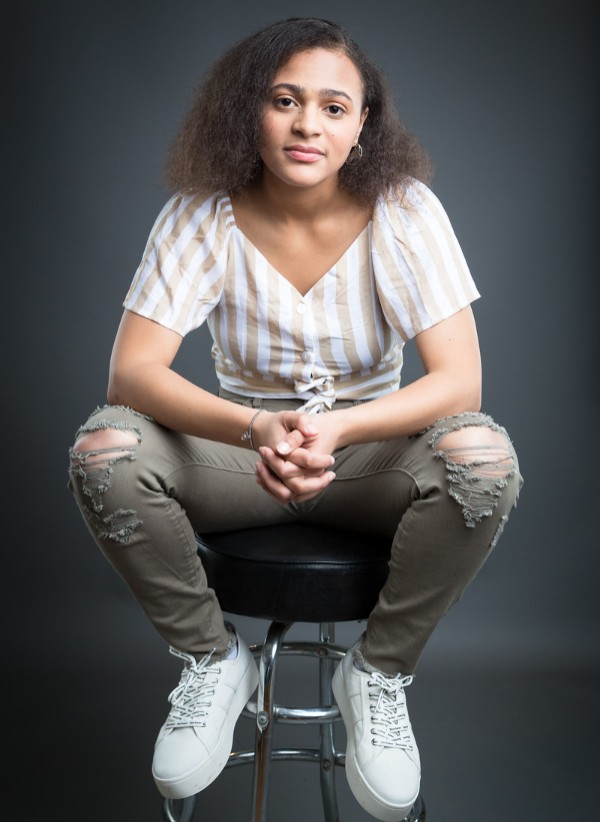 Gen Z is showing that you can change the world no matter how young you are. For proof, look no further than rising star Montana Jacobowitz. The actress and singer, 18, has appeared in a blockbuster film, been nominated for a Global Youth Award for her activism and dropped four original singles—all while getting through high school. Girls' Life caught up with Montana to learn more about her latest single "The Things I've Done" and how she's *truly* doing it all.

Girls’ Life: When did you start acting?

Montana Jacobowitz: When I first started, it was with a school play. My parents were like, "Hey, do you want to sign up for this?" I wasn’t sure because I was a bit of a shy kid. But my parents signed me up, and I had a lead role. The first professional thing I did was a local tv series on PBS where me and a few other kids would run around and interview people, and do a talk show. That’s where I realized I really wanted to become an actor and do this professionally.

GL: You were in the 2016 film Middle School: The Worst Years of My Life. What was your favorite moment from your time on set?

MJ: I remember when we were doing a scene outside. It was in the wintertime and we had to sit outside for a couple of hours. We were all kids on set, so we were spending time playing basketball and doing fun little things. I remember we sang a lot. It was definitely a film that I enjoyed doing—especially back when I was in middle school, because it was set at a middle school.

GL: You just dropped your latest single, “The Things I’ve Done”. Can you tell me what inspired that song?

MJ: I wanted a song that related to my background, because I’m Alaskan and Native American and, especially as a Native American, there aren’t many singers that relate to that or talk about it. The song is also about when you’ve had something in your life, a moment or a situation—saying, ‘Yeah, those are the things I’ve done, and now I’m moving on.’ There was a whole video that I wanted to shoot for the song, but since COVID-19 happened I wasn’t able to do that. I may do it when we’re able to get back into things, though.

GL: The music video for your other single, “Reckless”, is so fun and empowering. How did you come up with the concept for that?

MJ: Thank you! My mom and I were pretty much coming up with the concept together. Usually when I’m in the songwriting process, that’s when we come up with the ideas [for the video], which is way before we even complete the song. We wanted something empowering, so we were like, ‘Let’s do boxing, because not many women do that.’ We wanted things that women don’t usually do, like race car driving. And that’s where we went.

GL: What scene did you enjoy filming the most?

MJ: I would say the scene when I was boxing in the ring with the guy. His name is Anthony Perlongo and he’s a TikToker. Neither of us had ever really boxed before, so it was really different because we had to figure it out. It was funny because there was a scene where I had to flip him, and at the beginning I was actually being pulled down with him. Overall, everything was enjoyable to film because I love going to New York City and that’s where we shot.

GL: Did you pick up any new hobbies during quarantine?

MJ: Not really any new hobbies. A lot of songwriting. I’ve been having a lot of time to play my instruments—piano, guitar, and ukulele. I’ve been learning the drums lately, so that’s a new one. I also have a charango which I’m trying to learn. Because it’s a foreign instrument, there are not exactly any teachers or anyone to help me with it. 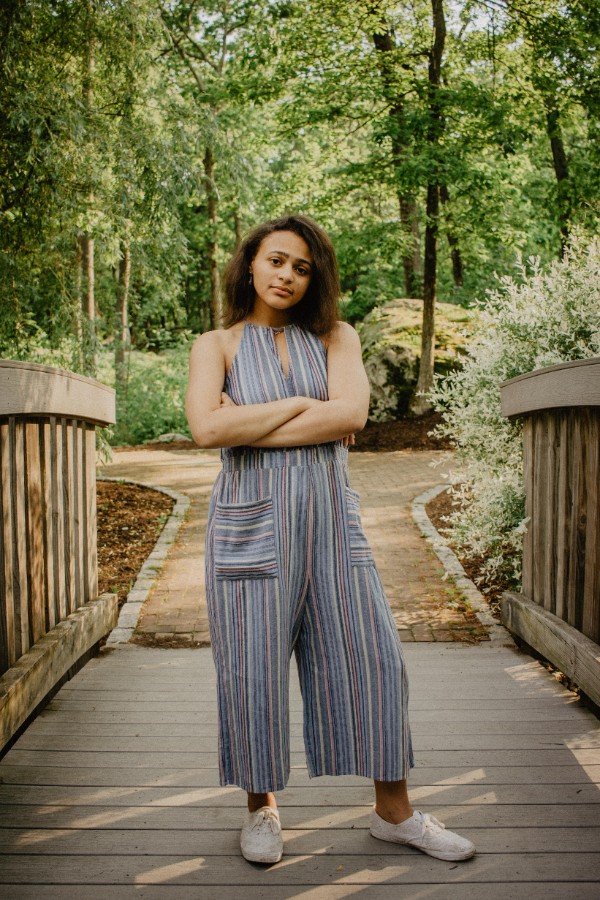 GL: You were a finalist for a Global Youth Award last year. Is there any project you’ve done or movement you’ve been a part of that you’re most proud of?

MJ: I’m a little proud of everything, but I really love getting involved with things for my brother, who has autism. We already connect separate from activities of his, but I love being able to be there for him with his activities, as well as meeting other children with special needs. Particularly, I love volunteering for his baseball team, because I get to work with him and be like his aide. I love to see the other kids play and see smiles on their faces. I think that’s the best part, actually.

GL: What advice would you give to your middle school self?

MJ: I would say: remain confident with yourself. Don’t let anyone tell you you’re not good enough. If you have a dream of becoming the next big soccer player, or an actress, a movie director, go for it. A lot of people will probably tell you you shouldn’t go for your dreams, it’s never going to happen. But the truth is, anyone can go for their dreams. There’s no limit.

You can find Montana's music on your fave streaming platform, and keep up with her latest projects by following her on Instagram @montanajacobowitz.