All the goth girl style inspo from your fave characters 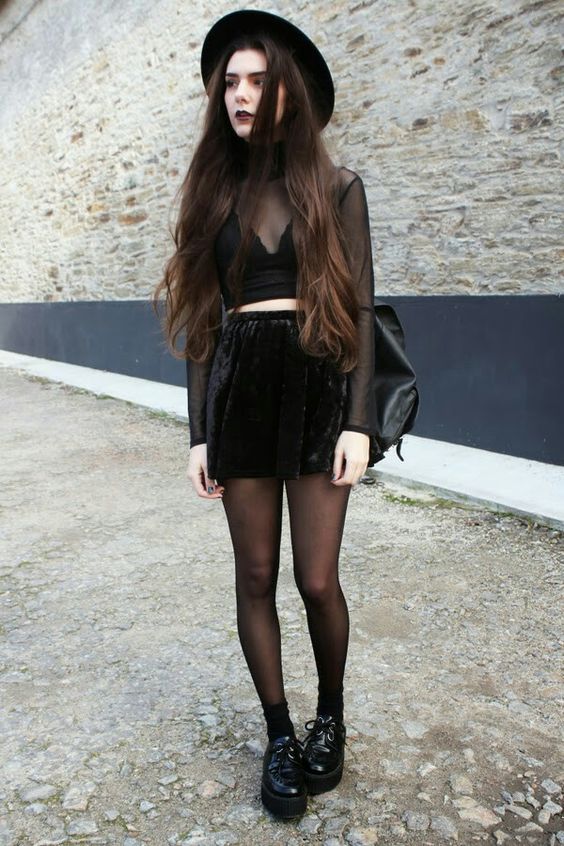 What's not to love about a goth girl: They're confident, they ooze originality and they're not afraid to be themselves no matter what everyone deems to be *cool.* The same goes for these 7 iconic goth girl characters. Besides being some of the coolest girls to grace our screens, they've also got some great style. Put on your best unbothered face as we check out our fave style icons and their street style looks. 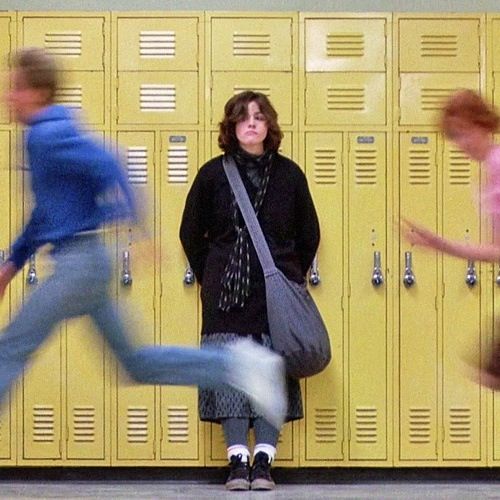 Meet the girl: 80's classic The Breakfast Club featured Allison Reynolds, affectionately known as "Basket Case," who was your typical goth high school girl. Her loner attitude and eccentric behavior were the cherry on top of her awesome style.

Steal the style: Grungy goth has never looked so cute—start with black skinnies and top them with a patterned top underneath a sassy sweatshirt. The key is lots of layers (bonus points if you tie an extra shirt around your waist!). 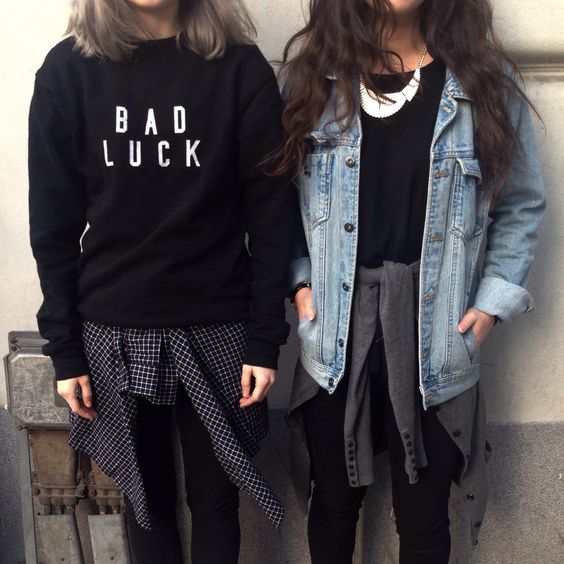 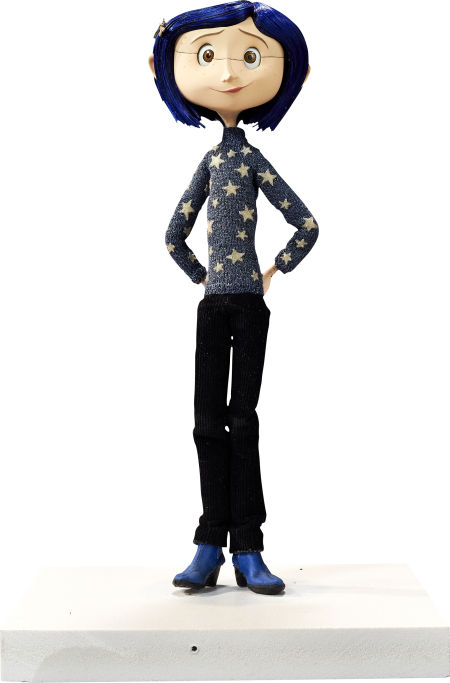 Meet the girl: With her stormy blue hair, angsty demeanor and personalized passageway to a creepy, haunting otherworld, nothing says goth quite like Coraline.

Steal the style: Tuck a star-studded blouse into a skater skirt, then slip on textured tights and old school Mary Janes. Magical mane not required (but highly recommended!)...a blue mani is a more subtle option. 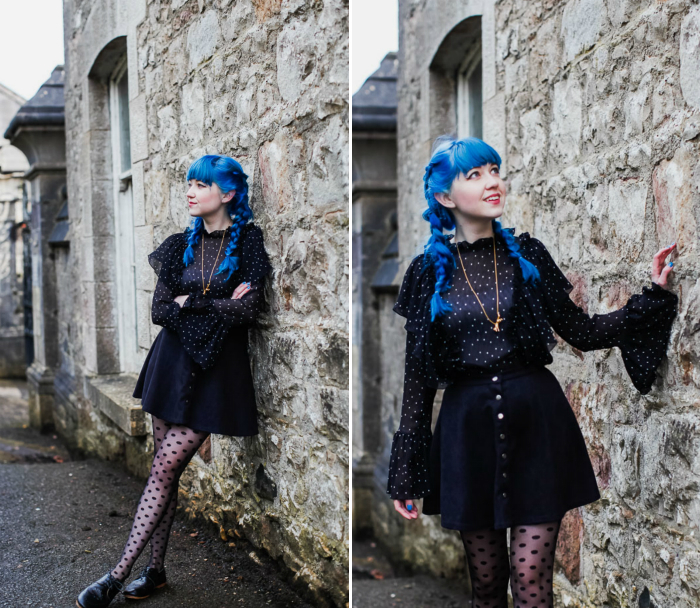 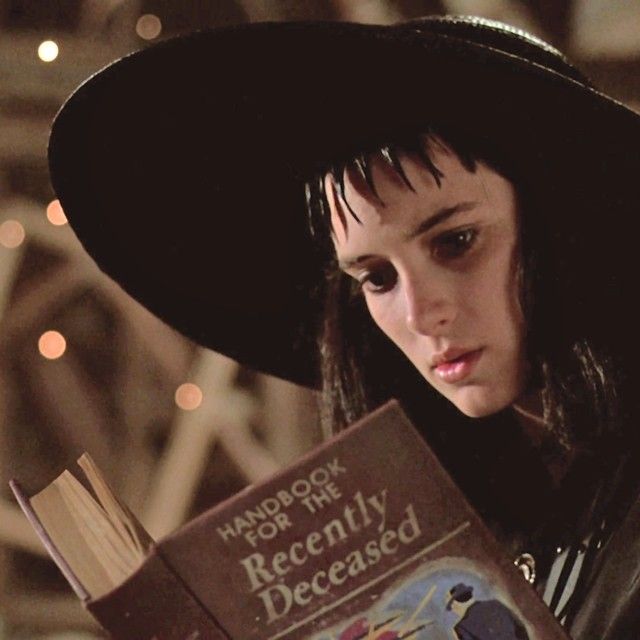 Meet the girl: Lydia Deetz is *arguably* the star of Beetlejuice, a comedy all about ghosts and the afterworld, or "Netherworld." Besides possesing all of the traits of a goth girl (loner, creative, moody and not too mention super stylish), Lydia can also see and communicate with ghosts! While we may not be able to top that, we can sure find inpiration rom her iconic looks.

Steal the style: All black everything is the name of the game here. Pile it all on from tights to a flowy skirt to a chunky beanie. Don't forget the combat boots and tough-girl jacket to finish it off. 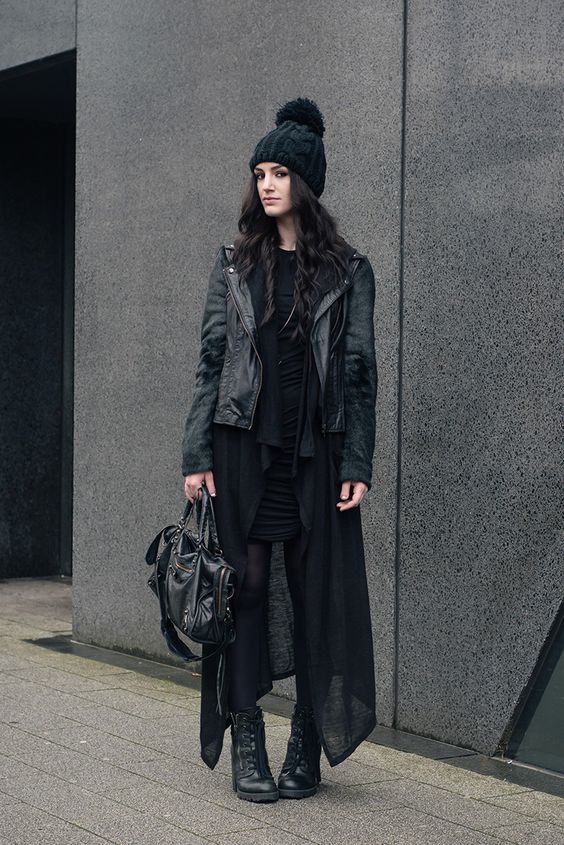 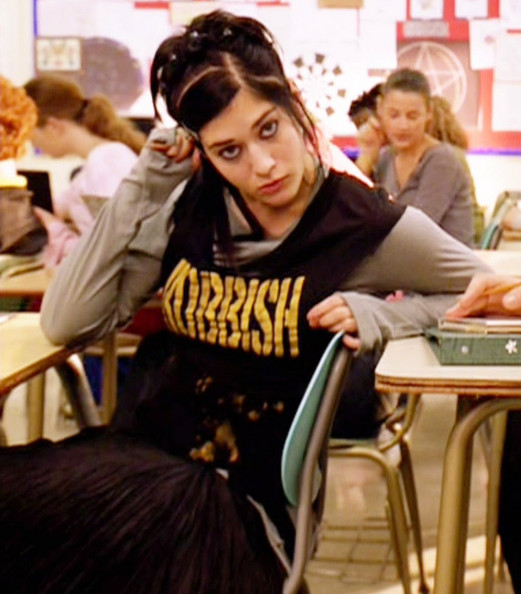 Meet the girl: Janis Ian is the goth goddess of Mean Girls. Janis embodies the core values of a goth girl: Instead of trying to fit it in with any of the various "cliques" at her suburban high school, she makes it a point to stand out and be herself. While the early 2000's weren't the best time for fashion, a modern take on Janis's unique style will highlight the rebel in all of us. 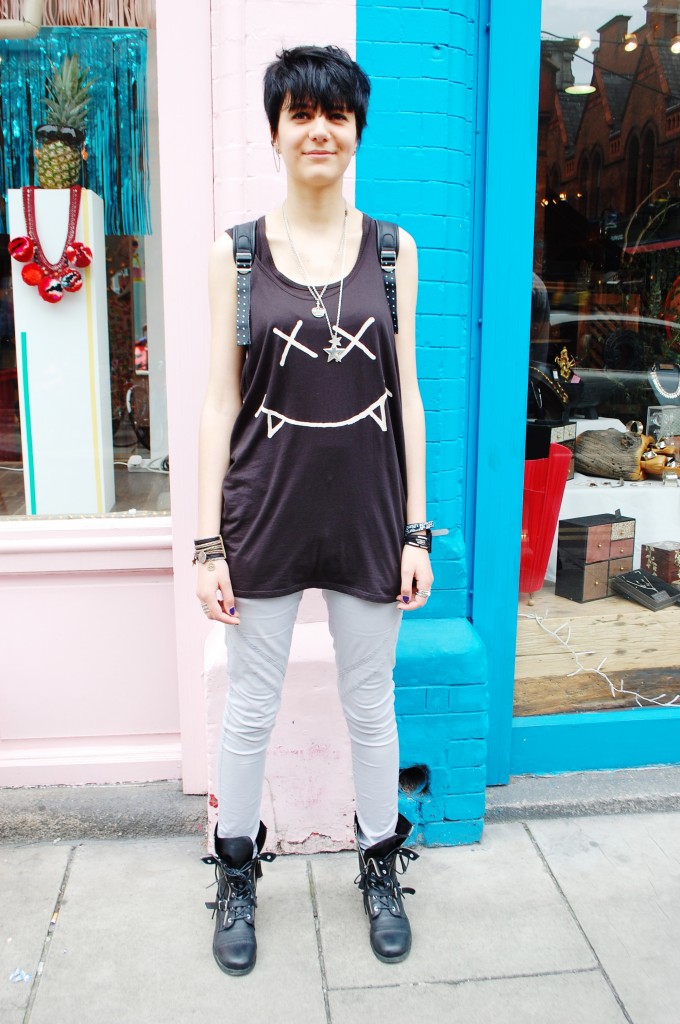 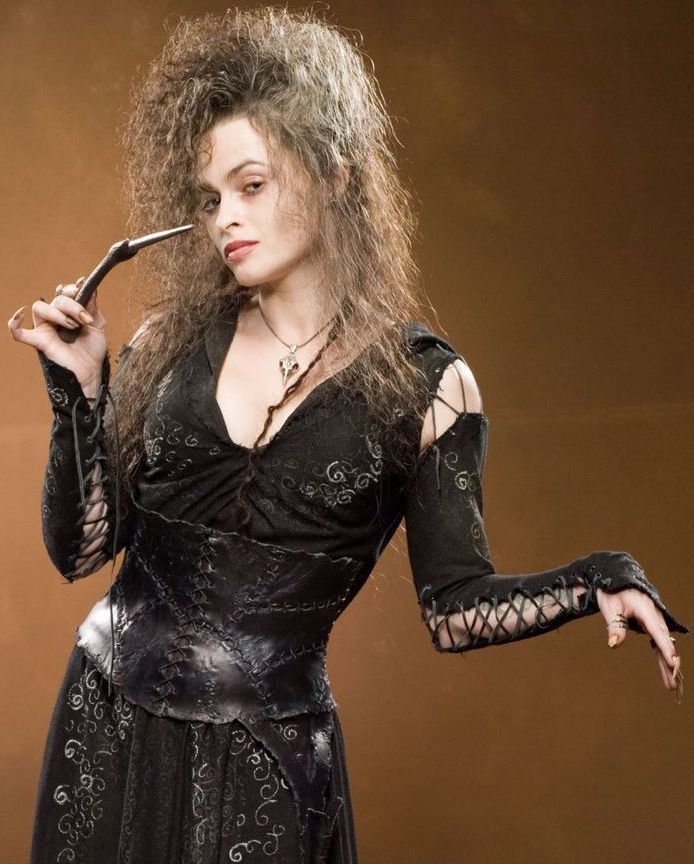 Meet the girl: One could argue that Harry Potter is one big gothic wonderland, and Bellatrix Lestrange is it's queen. Dedicated follower to the ultimate villian Lord Voldemort, Bellatrix is the gothic witch we all love to hate. Coincidentally, you don't have to look far for a street style interpretation. Helena Bonham Carter, the actress who portrays Bellatrix, dresses pretty similarly to her magical character in the series.

Steal the style: Swap Bellatrix's velvety frock for a trendier version: a two piece crop top set made from the same luxe material. Take your OOTD to the next level with a wide-brimmed black hat (*so* witchy) and vampy makeup. 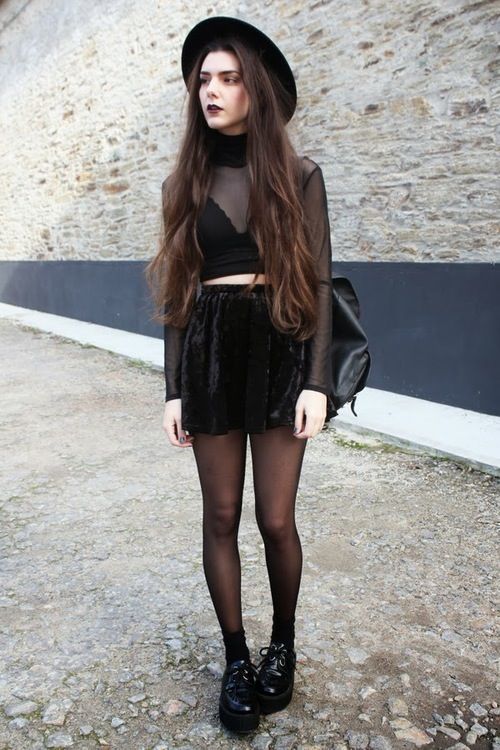 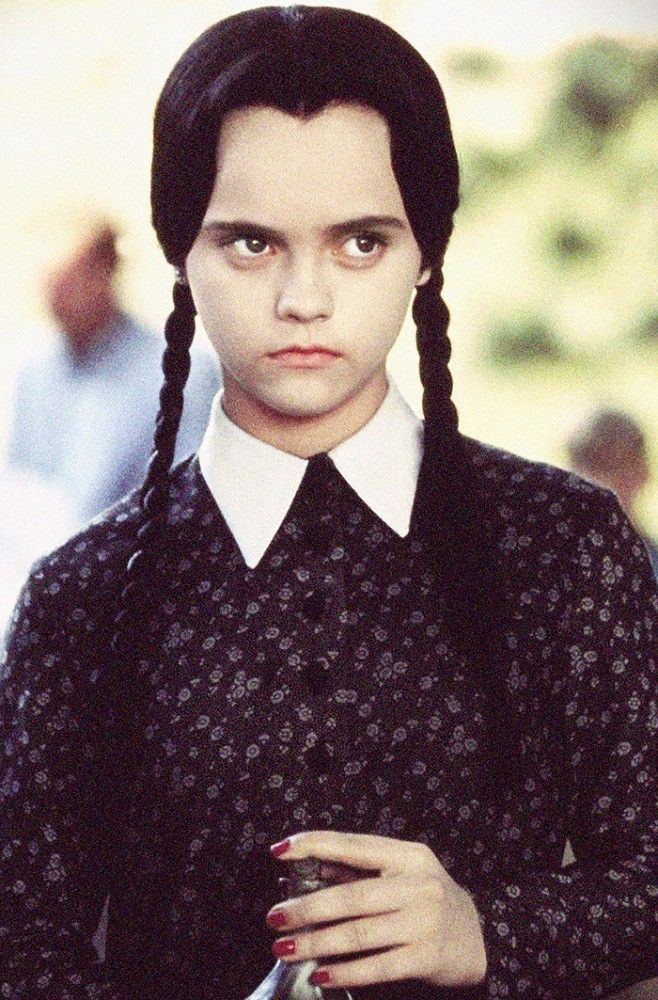 Meet the girl: Last but not least, the Addams family daughter. Who can think of a better embodiment of a goth girl icon? Mysterious and moody, she learned from the best (hey, Morticia!).

Steal the style: If there's one thing Wednesday taught us, it's that a Peter Pan collar is a must. Rock it on a flirty frock but keep the vibe dark with opaque tights and black platforms. We heart a slicked-back topknot and dark lippie, too. 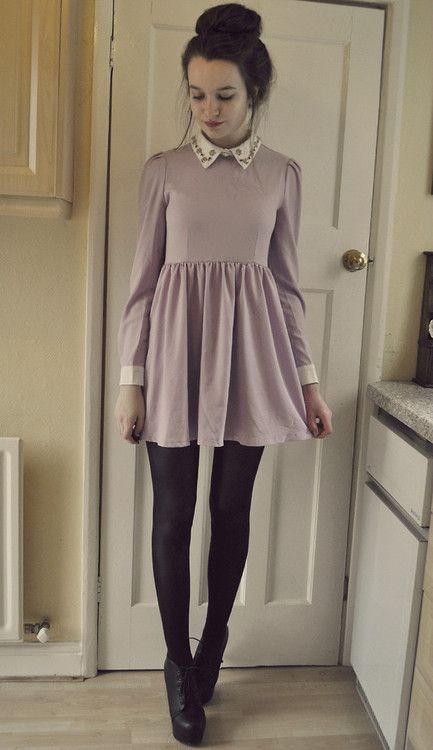 Which look is your fave? Let us know in the comments.